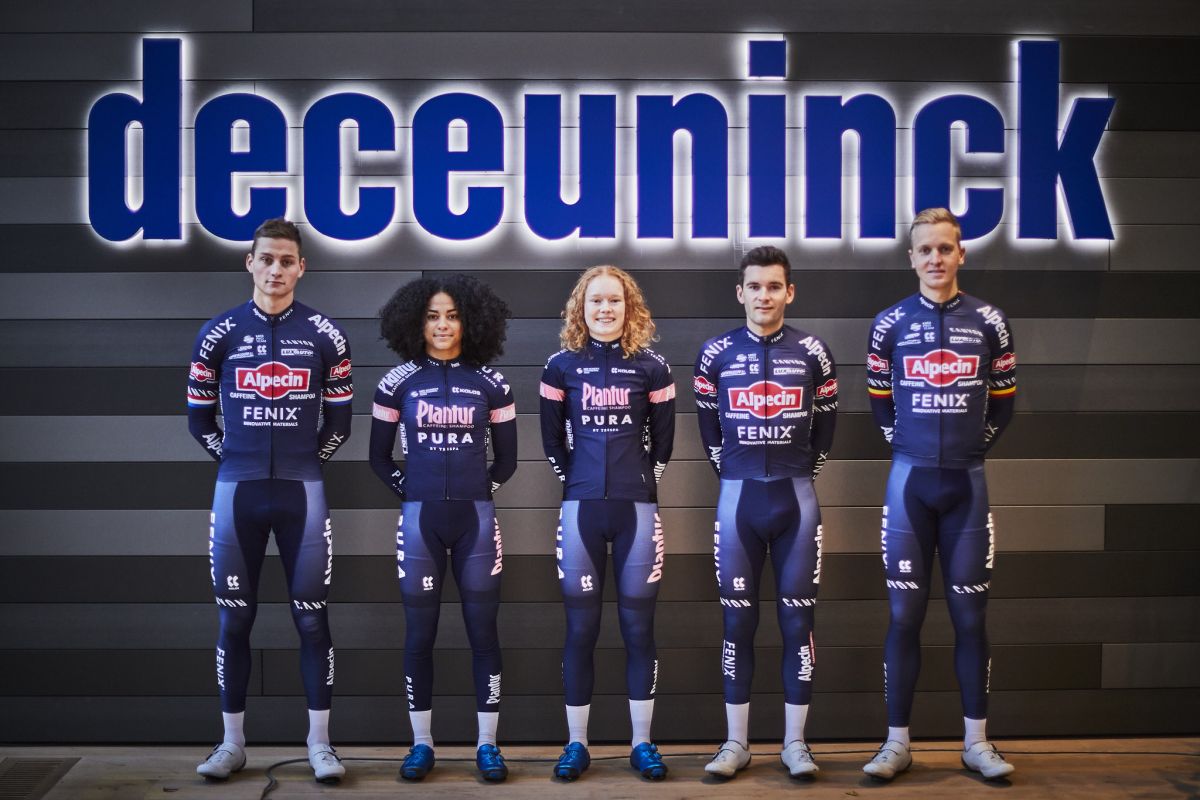 The CEO of Deceuninck has explained why the Belgian window manufacturer decided to end their cycling sponsorship of Patrick Lefevere’s successful men’s WorldTour team and instead back Mathieu van der Poel’s Alpecin-Fenix squad and the Plantur–Pura women’s team.

Francis Van Eeckhout posed for photographs with Van der Poel, Carmen del Ceylin Alvarado and other riders when the agreement was announced. Deceuninck’s logo will feature on the rear of riders shorts, with bigger investment possible in the future.

In response, Lefevere shrugged off Deceuninck’s decision to move their backing to Alpecin-Fenix, offering little thanks for their three years of significant title sponsorship. That irritated Van Eeckhout.

“I’m a bit disappointed in Patrick: he says that we had good years as a sponsor, but he forgets to say that we saved him” Van Eeckhout told Het Nieuwsblad. “I’m disappointed that he forgets that so quickly now that he has success with Evenepoel, Alaphilippe and Asgreen. Well, that’s life.”

Van Eeckhout went on to explain why his company is now backing Alpecin-Fenix and Plantur-Pura. “We changed teams for a combination of factors,” he said.

“We are impressed by the plan of the Roodhooft brothers [who manage Alpecin-Fenix, Plantur-Pura, and several cyclo-cross squads] And as a modern company we want to participate in women’s cycling. We discussed that at QuickStep, but Patrick is Patrick.”

Lefevere was criticized earlier this year when he dismissed the idea of creating a women’s team in an interview with the Het Laatste Nieuws Sportscast. He is focused on targeting the Grand Tours in the years ahead, with Remco Evenepoel likely to be his team leader.

The team will rebrand as QuickStep-AlphaVinyl for 2022 after signing a new, six-year sponsorship agreement with QuickStep. It has been reported in the Belgian press, though not confirmed by either team, that Soudal will leave Lotto at the end of next season to become a title sponsor of Lefevere’s outfit in 2023.

“And it comes without guarantees. Jumbo-Visma rode nicely on the right of the road in the Tour until a fan put a cardboard sign in the air. Primož Roglič has won the Vuelta three years in a row, a real ‘wow’ achievement, but it is not so recognized.”

Van Eeckhout prefers to invest in what he considers lower risk sponsorship, taking advantage of the Van der Poel factor. The Dutchman will again target the Classics, stages in the Tour de France and the cyclocross, mountain bike and road race world titles. Alpecin-Fenix is not a WorldTour team but has again secured entry to the Tour de France and WorldTour calendar by topping the ProTeam rankings.

“He is popular in the Netherlands, Belgium and France. Three important countries for us. Not many riders have that combination. I got to know him and he seems like a modest, down-to-earth young man,” Van Eeckhout said of van der Poel.

“Cycling is not a global sport but you can sponsor a rider for twelve months. Now we are starving (for visibility) from September to February while it’s important the company is in people’s minds during that period. Cyclo-cross can take care of that.”