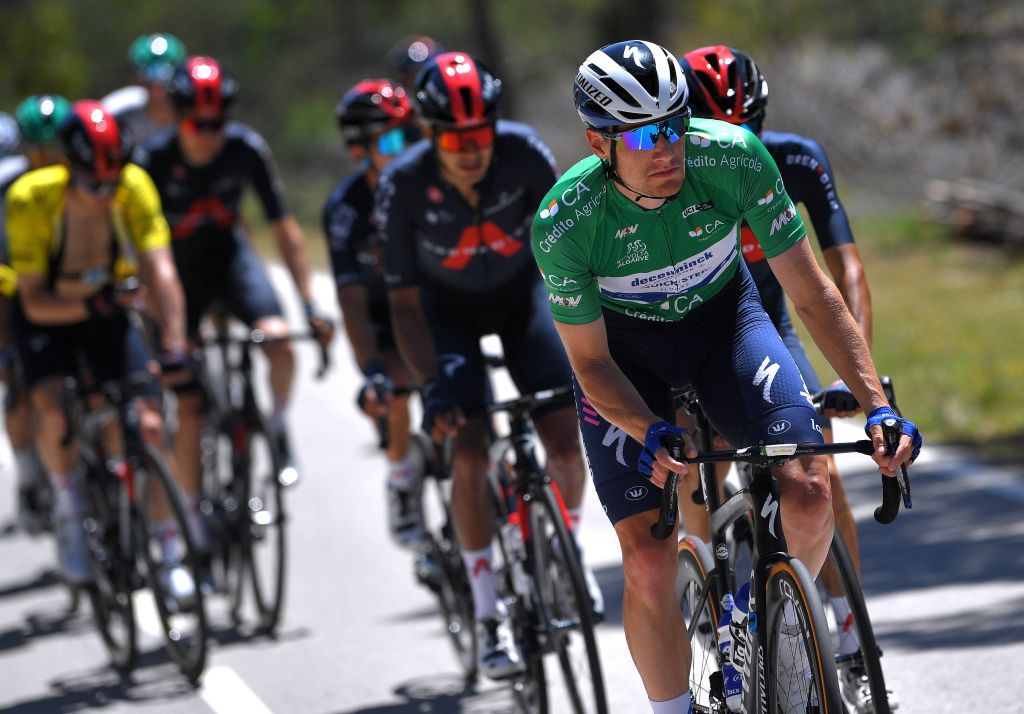 Deceuninck-QuickStep have selected Sam Bennett for Friday’s Kampioenschap van Vlaanderen race in Belgium, with the Irish sprinter set to compete in the team’s colours for the first time since a knee injury meant he missed the Tour de France and sparked a barrage of public criticism from team manager Patrick Lefevere.

Bennett has not raced since early May and has negotiated and confirmed a return to his old team Bora-Hansgrohe for 2022. However, he started the European road race championships for Ireland on Sunday, indicating he was now able to race.

That left Lefevere fuming, suggesting Bennett was “playing with my balls in public”.

In his weekly column in Het Nieuwsblad and in other interviews. Lefevere has publicly criticised the Irishman a number of times. He has confirmed he is trying to reduce Bennett’s salary from September, which is allowed under UCI regulations if a rider has been inactive for three months.

Bennett has never spoken publicly about the dispute with Lefevere and Deceuninck-QuickStep. His selection for the Kampioenschap van Vlaanderen could be to test his ability to race and so push through a salary cut or signal the end of hostilities between the Irishman and the Belgian team.

Bennett has yet to confirm he will travel to Belgium.

He was not given a leadership role for Kampioenschap van Vlaanderen, with his selection initially considered an error. Fabio Jakobsen was named as team leader, while Bennett was named alongside Tim Declercq, Ian Garrison, Florian Sénéchal, Bert Van Lerberghe and stagiaire Stan Van Tricht, who recently won Gullegem Koerse.

Bennett has not been selected for Sunday’s Gooikse Pijl or Saturday’s Primus Classic, where Julian Alaphilippe will lead the team in his last outing in the 2020 world champion’s rainbow jersey. The race includes a local lap in Overijse, on some of the same roads that will be used for the World Championships.

“For Koolskamp and Gooikse Pijl, we have a fair chance of fighting for a good result with Fabio, who had a great La Vuelta and will rely on an experienced lead-out train, but also on a very strong team capable of controlling the races,” Deceuninck–QuickStep sports director Geert Van Bondt said when the team announced the selections, with no comment on Bennett’s return.

“On Saturday Julian will show his beautiful rainbow jersey in the Primus Classic. Overall, we head into the weekend with a lot of motivation and confidence that we will get some good results in the three races.”