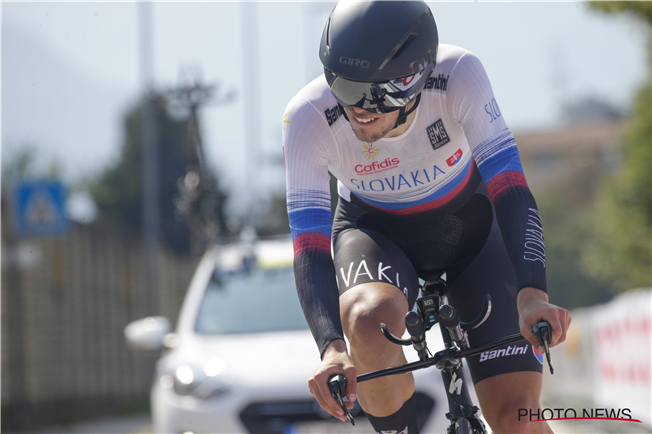 Deceuninck-QuickStep have announced that the Slovakian junior Martin Svrček will join the team in 2022 as the Belgian team further fuels the trend to sign talented young riders before they compete in the under 23 ranks.

The 18-year-old has won 15 races this season in the colours of Team Franco Ballerini in Tuscany.

Svrček’s successes include the overall victory at the Tour du Leman, and he placed eighth in the European Championships road race earlier this month. He will spend the first half of the 2022 season with the Biesse Carrera Continental under-23 squad in Italy before formally joining Deceuninck-QuickStep in July. He has signed a two-and-a-half-year contract with Patrick Lefevere’s team.

“I’m extremely happy, because Deceuninck-QuickStep is the best team in the world. I wasn’t expecting something like this, so it’s really awesome,” Svrček said in a statement released by the Belgian team.

“My dream was to get to the World Tour, but I couldn’t have imagined signing for this team. I love everything about this squad: the atmosphere, the winning spirit, the history, the jersey that always stands out from the peloton.

“What are my goals? I want to give my all for the team, to improve, to gain experience and then we’ll just see how it goes. But before that, I will compete in a series of U23 races with my Italian team to get used to long races and everything that this means.”

Svrček’s early arrival in the WorldTour continues the trend of riders being promoted almost rapidly from the junior ranks to the top flight. The most notable example was Lefevere’s signing of Remco Evenepoel, who moved directly into the WorldTour after winning both the time trial and road race at the junior Worlds in 2018.

“We are proud that Martin will join us next year and we are confident he will show his huge potential in our squad,” Lefevere said. “We have been following him for quite a while, he’s only 18 years old but he has already shown some great results. We want to help Martin improve and get more experience in the pro peloton.”