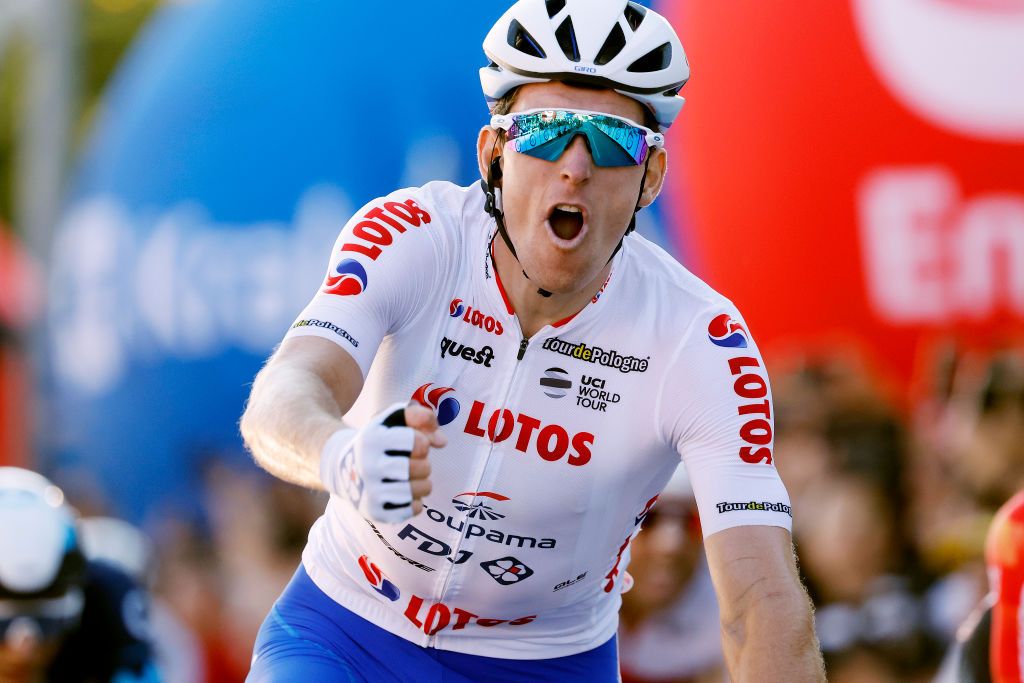 Ninth, sixth, second and finally first, after several near-misses Arnaud Démare (Groupama-FDJ) ended the 2022 Tour de Pologne on a high note thanks to a spectacular, solo bunch-sprint acceleration that brooked no answer from his rivals.

Pologne tended to produce chaotic sprints this year, with few chances for proper lead outs. Perhaps to avoid getting swamped, Démare started his charge for the line late on despite having no support.

Even so, on a broad tree-lined avenue near the centre of Krakow, Démare’s move, first towards the left-hand barriers and then back into the centre of the course, saw the 30-year-old claim a finely-timed fifth victory of the season.

The Groupama-FDJ rider said later that he preferred a classic lead out to surfing off rivals wheels. But his performance in Pologne’s final stage proved that Démare has the versatility and experience to handle such tricky scenarios to devastating effect, coupled with an unbroken determination to win even if his previous three attempts in Pologne had all ended in near-misses.

“It wasn’t my favourite kind of sprint, I  prefer to be on the wheel of my teammates Jacopo [Guarnieri] and Bram [Welten],” Démare, who also picked up the final victory in the Pologne points classification on Friday, said afterwards. 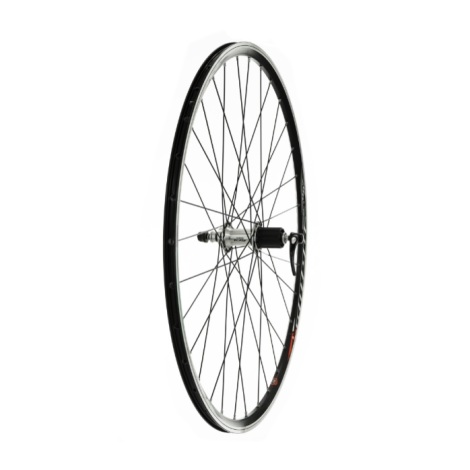 “I was maybe 20th or 25th with a kilometre to go, but finally I could find my way through and wait for the right gap to open.”

Démare had the added satisfaction on Friday of beating two of the earlier stage winners of Pologne, Olav Kooij (Jumbo-Visma), winner of the opening stage at Lublin, and Phil Bauhaus (Bahrain Victorious), who outpowered Démare at Rzeszow 48 hours earlier.

A winner of the points jersey and multiple stages in the Giro d’Italia this spring, Demare was particularly content to be victorious in what was his first race back after a summer break, but also with his general performance throughout the week.

Pologne has seen five bunch sprints in seven days this year, but many of them have come on days that have previously featured a hefty amount of climbing. Even Friday, mostly flat in the finale, had nearly 2,000 metres of vertical climbing and a first-category ascent early on.

“I’ve worked very hard on the other stages, even the hilly ones and punchy ones, and that went very well,” Démare recounted. “I’ve not done a single day in the gruppetto, because when it comes to training your effort on the hills, Pologne is ideal.

“On top of that, there were lots of chances for the sprinters this week, and I know that’s going to really suit me for all the big challenges I’ve got coming up.”

Among those challenges will not be the Vuelta a España, which Démare raced and finished for the first time last year without any notable highpoints. Instead, he will head to the European Championships and the Bemer Cyclassics, a decade on from his breakthrough win in the German one-day race way back in 2012.

Later in the autumn, Démare will challenge the French and Belgian late-season one-day races, culminating in Paris-Tours, where he is defending champion. But come what may in the second half of his season, Pologne has got the Groupama-FDJ pro off to a fine start.