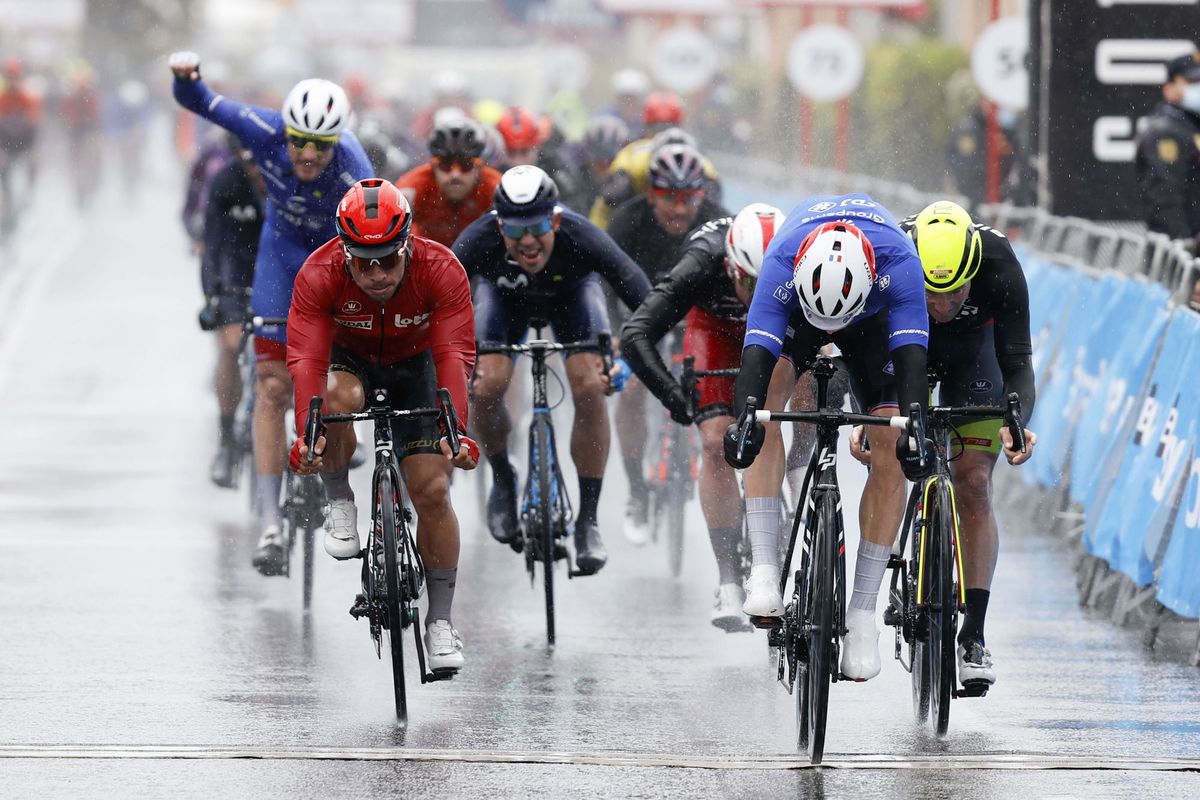 Groupama-FDJ scooped up another win at the Volta a la Comunitat Valenciana on a wet and cold stage 2, with Arnaud Démare sprinting to victory after a textbook lead out to win the bunch sprint.

The French champion won ahead of Timothy Dupont (Bingoal Casino-Wallonie Bruxelles) and Caleb Ewan (Lotto Soudal) who was sitting on Démare’s wheel but couldn’t make his way past as the Groupama-FDJ rider surged toward the finish line in Alicante.

“I knew that my biggest opponent would be Caleb Ewan but the team did a great job,” Démare said.

“In the end, we took the lead like we had to. We knew it was going to be quite tense on wet roads. It was a difficult final, it was slippery but luckily we did not crash. It was a tough day from a weather point of view … but it ended well for us.”

It was so cold that the riders sprinted to the line in rain jackets and neoprene gloves, with Groupama-FDJ taking complete control of the race in those final kilometres and delivering a text book lead-out train that no one looked close to being able to disrupt.

“It was a textbook sprint! This is exactly what we wanted to do this morning. To make it happen is different… Having four guys in front of Arnaud for the last kilometre was perfect,” said Groupama-FDJ sports director Thierry Bricaud.

It’s the second victory for the team in as many days, with an unexpected solo win from Miles Scotson on stage 1.

The Australian rode out the front alone for more than 20 kilometres, stretching out enough of a gap to make it to the line with a comfortable margin even though the slippery roads caught him out in the final kilometres. He maintained his lead on the overall classification on stage 2, with a 32 second gap to his nearest rival. However stage 3, which finishes with a 7.4 kilometre climb at 5 per cent, could provide some challenges.

“Tomorrow is the queen stage and it should partly decide the overall. We don’t have the best cards, but it’s up to the other teams to try and move,” said Bricaud.

“As far as we’re concerned, we will hang on and see how the situation is tomorrow night. Everything is possible and we won’t set ourselves boundaries.”