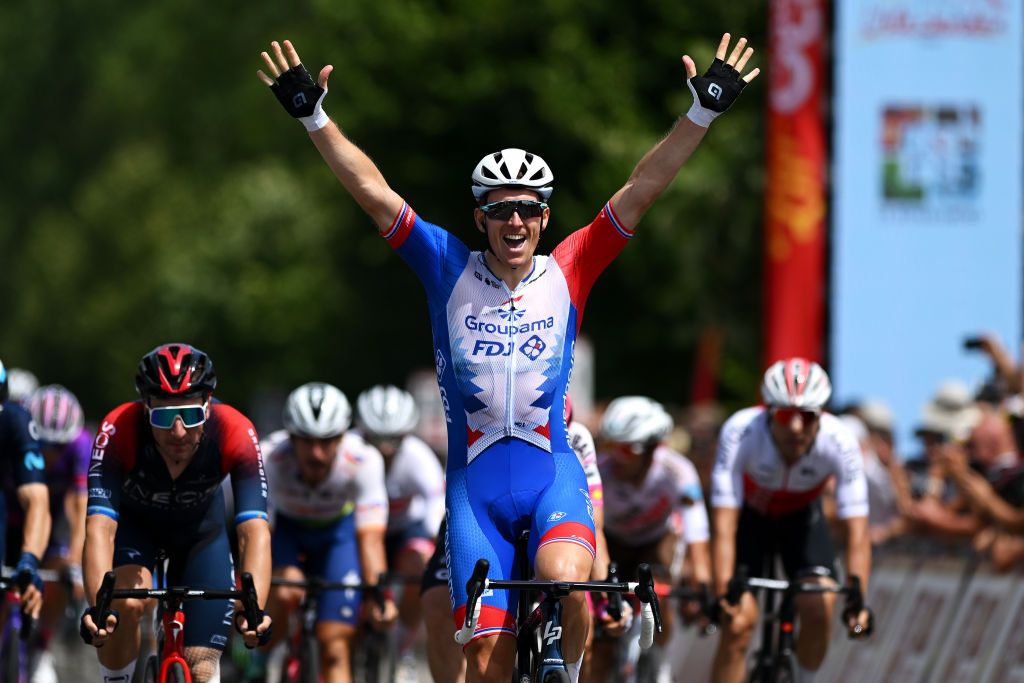 Arnaud Démare (Groupama-FDJ) won the group sprint on stage 1 of La Route d’Occitanie on the flat run-in to L’Isle Jourdain. The Frenchman launched his sprint on the far right side with under 300km to go and held of a charging Pierre Barbier (B&B Hotels-KTM), who finished second. Elia Viviani (Ineos Grenadiers) was third.

Coming out of the final corner to the closing 1.5km straightaway, Groupama-FDJ set the pace for their top sprinter, who entered the four-day stage race as the points classification winner at this year’s Giro d’Italia. It was Démare’s fourth stage win of the season.

The opening day of racing between the Pyrenees and the Mediterranean featured three categorised climbs on a rolling route, with the final ascent, Côte de Pujaudran (2km, 6.2%) coming 24.5km from the finish. However, the climb did not factor into the outcome on a sizzling hot day in southern France.

From there the sprinters’ teams were locked and loaded as they headed back to the River Vienne on a finishing circuit to the flat, fast finish. TotalEnergies and GO Sport-Roubaix Lille Métropole were in the mix with 500 metres to go, but their sprinters could not match the pace of Démare. Thomas Boudat (GO Sport-Roubaix Lille Métropole) finished fourth and Max Kanter (Movistar) was fifth. Niccolo Bonifazio of TotalEnergies was seventh.