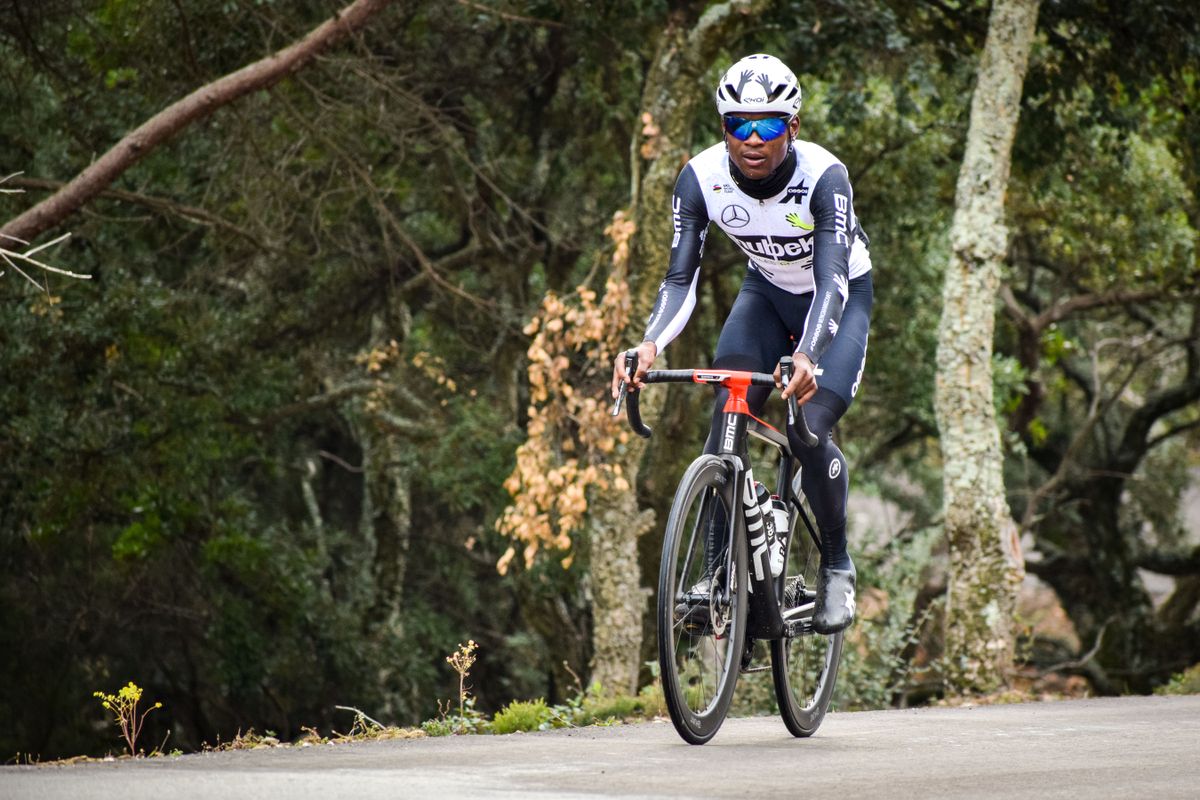 Nicholas Dlamini will make history as the first Black South African to compete at the Tour de France that will start in Brest on June 26 and finish on July 18 in Paris. Qhubeka Assos announced their eight rider roster to include Dlamini who aims to  inspire other young South Africans.

“Being selected to ride in my first Tour de France is an absolute dream come true for me. It’s always been an absolute childhood dream for me and now that I’m about to live it makes it feel surreal,” Dlamini said in a team press release.

“I think it speaks to what the team is about, the Ubuntu [I am because we are] spirit, and how we change people’s lives because it is honestly a very special moment: to come from a small township and then to go to the Tour de France.”

Dlamini, who grew up in CapeTown, was a runner before turning to cycling. He secured a Continental-level contract with Dimension Data’s development team in 2016 and then joined the WorldTour as a trainee the following year. He has competed in two editions of the Vuelta a España (2019 and 2020).

“Considering where I come from it would simply have been impossible for me to have the opportunity to ride at the Tour de France if it wasn’t for Team Qhubeka ASSOS. The platform that they’ve provided me, and other riders from Africa, to compete at the highest level in cycling has been critical,” Dlamini said.

“I really hope that this will serve as a reference of hope and inspiration to many young South Africans, and people around the world, who have been working really hard to reach their dreams, my hope is that they take from this that anything is possible.

“I want to race the tour to inspire more kids on Qhubeka bikes to follow in my footsteps and to experience the world like I have, for more kids in communities to put their hands up for bikes to work hard like I did, to dream big. I am living my dream.”

“This year is an incredibly special one for us – for so many reasons – and now at the Tour de France we again will have the opportunity to showcase our unique purpose-driven team to the world,” said Douglas Ryder, Team Principal in a press release.

“Selection for a Tour de France team is always very difficult, and what we’ve seen again this year is riders across our squad put their hand up for selection. Our final roster is one that I know will do our team, partners and supporters proud in the true spirit of Ubuntu.”

Alongside Dlamini, Bennett and Campenaerts are also making their debuts at the Tour de France. Campenaerts has competed in seven Grand Tours; five times at the Giro d’Italia, where he won a stage in May, and twice the Vuelta a España.

“Riding your first ever Tour is such a special moment and I couldn’t be more delighted for Nic, Sean and Victor. We have huge amounts of experience in Fabio, Michael, Simon and Sergio while Max – together with Victor – shone at the Giro and will be looking to carry that confidence into this race,” Ryder said.

“For Nic, what a moment though; his story is simply an incredible one and for him to have earned this opportunity shows that dreams really do come true, and for the team to have provided that opportunity makes me incredibly proud.

“He’s always been an individual that has stepped up and taken the opportunities that he’s fought for; and he does so again as he lines up at the startline in Brest on the sport’s biggest stage in front of the world. This will culminate in an incredible moment for him, South Africa and especially for our team.

“His selection speaks to everything about what we’ve created and built with this team through providing hope, an opportunity and then ultimately the platform to be on the biggest stage of all, the Tour de France.

“I know that the spirit coursing through the squad in the way we’ve performed this year will again be on show for the world to see, and I can’t wait for racing to get underway.”