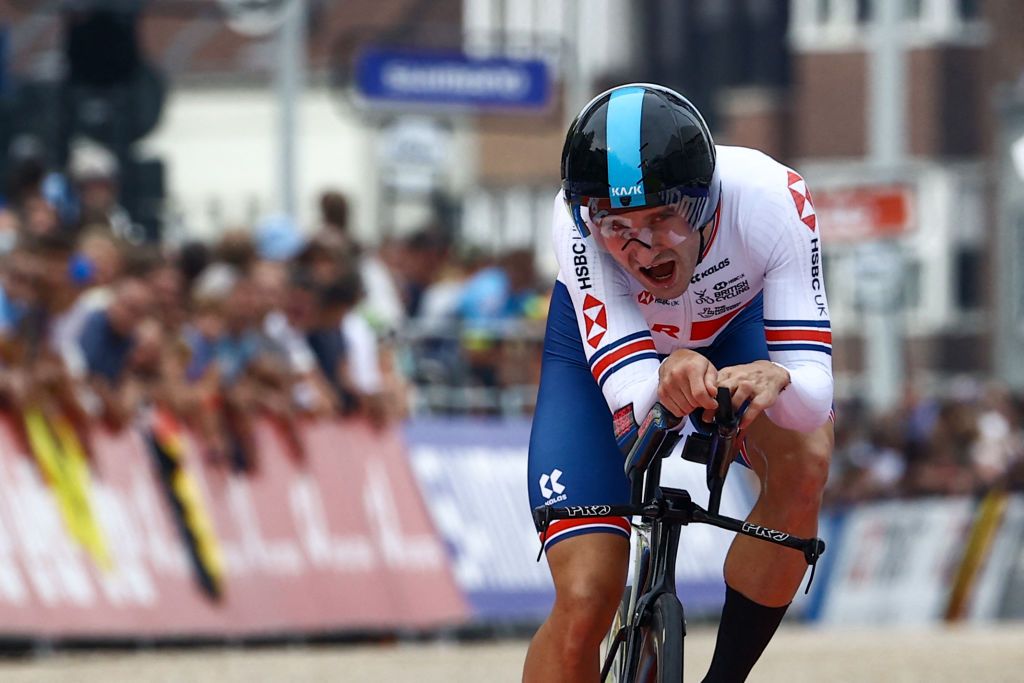 Alex Dowsett believes that Dan BIgham’s upcoming Hour Record attempt could potentially expose a “flaw in the system” that he feels is “desperately unfair”.

Bigham is set to make an attempt in Switzerland this week, in conjunction with his partner Joss Lowden’s assault on the women’s world record. However, unlike Lowden, he’s ineligible for an official world record, meaning his distance will not officially be ratified by the UCI.

Even if he surpasses Victor Campenaerts’s benchmark of 55.089km, he would only walk away with the British record, currently held by Bradley Wiggins.

That’s because Bigham is not part of the Registered Testing Pool, the UCI’s anti-doping system in which riders have to provide whereabouts information and build Biological Passport programmes.

All WorldTour and ProTeam riders are automatically part of the RTP as part of their professional contracts, while outsiders can enter in at their own expense, but Bigham estimated that to cost in the region of £8,000.

“It’s a shame that Dan can’t take on the World Hour Record. Certainly, if he goes further than Victor, then it’s kind of going to show up a flaw in the system,” Dowsett, a former UCI Hour Record holder, told Cycling News at the recent World Championships, where he and Bigham rode in the team time trial mixed relay, with Great Britain finishing fifth.

“It’s a financial flaw, because it all comes down to whether you’re in the Registered Testing Pool, which then comes down to finances, or what a trade team is willing to support. It’d be a shame if finances stop Dan getting a world record.”

While Bigham won’t be going for a World Record, Lowden will, with an attempt locked in for September 30 at the Velodrome Suisse in Grenchen, to be streamed live. Lowden’s attempt has been funded by her trade team, Drops LeCol – something described as “nothing short of epic” by Bigham.

For Dowsett, the balance between ensuring fair play and ensuring the historic Hour Record remains a democratic discipline is a tricky one to strike.

“It’s a tough one, because the Registered Testing Pool should exist. We all want clean sport,” he said.

“But the idea that it should be limited to WorldTour riders and some ProConti riders is desperately unfair. The Hour Record is a specialist event, it’s not exclusive to WorldTour guys and it shouldn’t be. We’ve seen in cyclo-cross, it can be a very different set of competitors over one hour compared to guys who are at the sharp end of Milan-San Remo.”

Either way, Dowsett will be tuning in to follow Bigham and Lowden’s attempts, saying it’s “very exciting” that his compatriots are breathing new life into the event. He himself had been hoping to do so, but had to scrap plans last winter after contracting COVID-19.

Dowsett took the UCI World Hour Record from Rohan Dennis in 2015 with a distance of 52.937km, but lost it a month later to Wiggins, who set 54.526km. Another assault on the record, now held by Campenaerts, has clearly not slipped off his agenda.

“There are plans, but there’s no news,” Dowsett said.