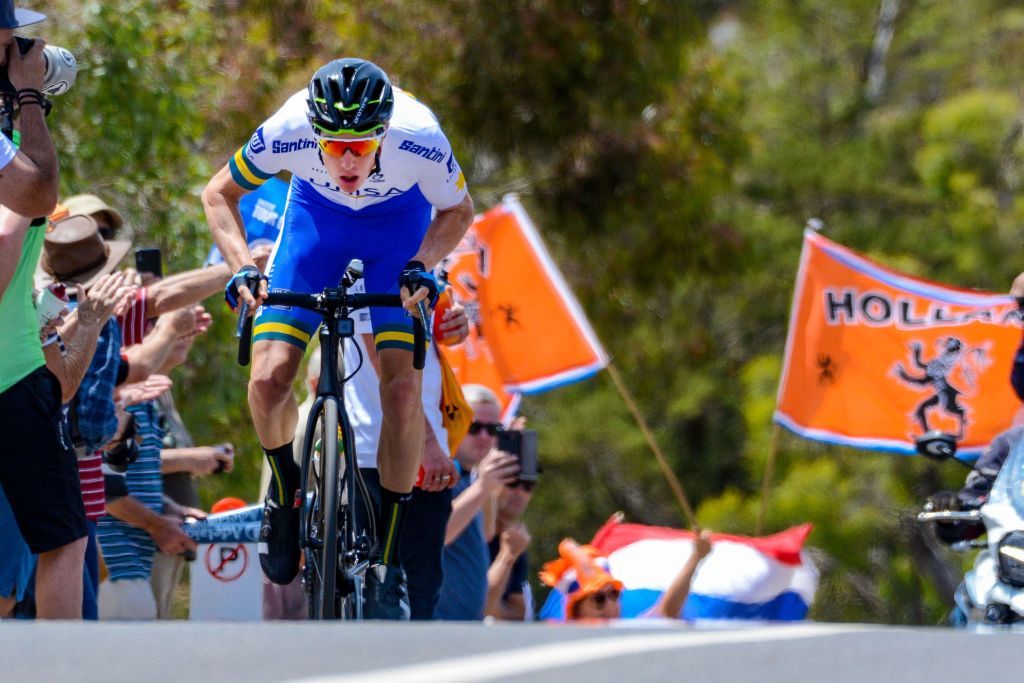 The 2020 U23 Australian road race champion finished fourth overall at the Flanders Tomorrow Tour in September, and last season was the third-best young rider at the Santos Tour Down Under, racing for the national team.

“I still can hardly believe it,” Drizners said in the team announcement. “I’m looking forward to it immensely, but I’m also a bit nervous. I didn’t expect this at all since 2021 was not my best season.

“Fortunately, I was able to convince Lotto Soudal in the past months. Since the Tour de l’Avenir I have been riding at a high level. I finished fourth in the final ranking of the Flanders Tomorrow Tour and ten days ago in Liège-Bastogne-Liège [U23] I was only caught at 50 meters from the finish, so I missed out on a podium place. That was really a heartbreaking moment.”

Lotto Soudal manager John Lelangue sees Drizners as a rider who can excel in races with short climbs, crosswinds and in the bunch sprints.

“He’s a rider with a big engine who loves the Belgian races. He is certainly not a climber type, but can play a key role in the lead-out for Caleb Ewan. In addition, he can finish a race by himself. I would compare him to riders like Brent Van Moer or Harry Sweeny. With Jarrad, a lot of potential is added to the team.”

Compatriot Sweeny, 23, this year took a similar path to that envisaged for Drizners, quickly becoming integrated into Ewan’s lead out train in his neo-pro year. After Ewan crashed out, he also found his way onto the podium at the Tour de France with a third place on stage 12 after he initiated the crucial attack from a break.

Drizners says he’s still discovering his strengths. “Currently I would describe myself as a puncheur and classic rider. I love the Belgian races and also bunch sprints, probably thanks to my past as a track rider.

“It’s great that I can work with Caleb Ewan, one of the world’s best sprinters. That motivates me enormously. If I can play even a small part in one of his victories, that would make me the happiest man in the world.”