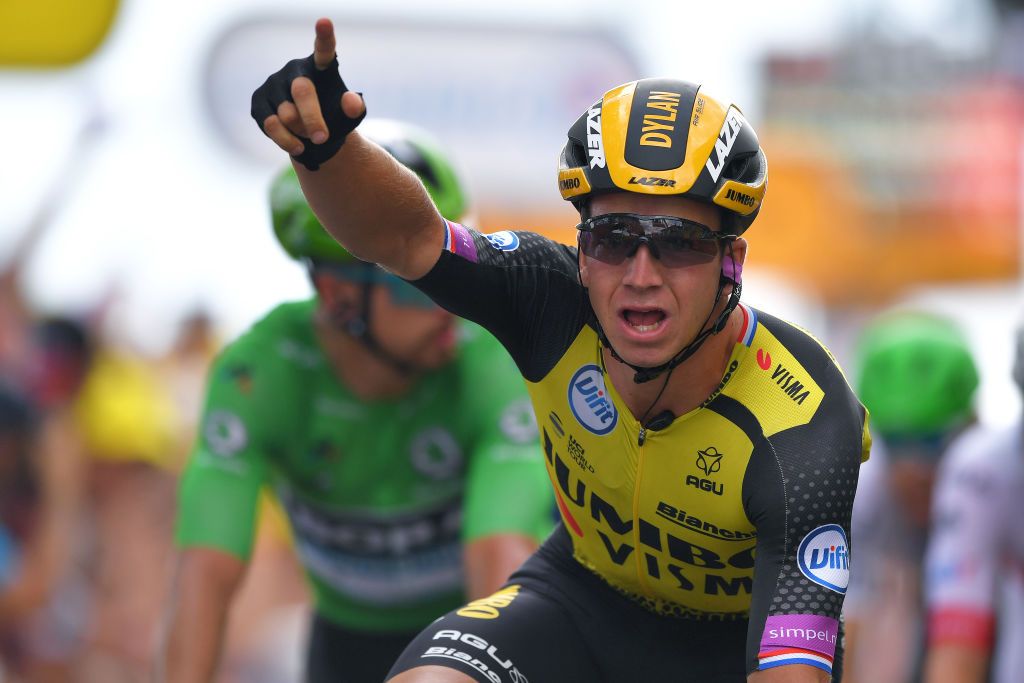 Dylan Groenewegen has been assured he will ride the Tour de France and fight for sprint victories after his move from Jumbo-Visma to Team BikeExchange-Jayco.

The Dutchman won four stages at the Tour de France between 2017 and 2019 but was left out of the 2020 Jumbo-Visma Tour squad as they targeted overall victory and Wout van Aert’s versatility offered them another sprint option.

He was banned for nine months for sparking Fabio Jakobsen’s high-speed crash at the 2020 Tour de Pologne and only returned to racing at the Giro d’Italia in May of 2021. However he won three sprints and his need for sprint opportunities in major races fitted far better with BikeExchange-Jayco than Jumbo-Visma, sparking his surprise December transfer. He is expected to sprint against Jakobsen at the Tour de France after he recovered from his serious injuries and secured sprint leadership at QuickStep-AlphaVinyl.

“I love the Tour and am very happy that I can return to this race again this year,” Groenewegen told Wielerflits.

“I have had my best successes in the Tour. As a sprinter you want to perform on that big stage. My biggest challenge is to fight for the stage wins there again.”

Groenewegen won the final stage on the Champs Élysées in Paris in 2017 and two further stages in 2018. He won in Chalon-sur-Saône in 2019 but his sprinting was hampered by a crash on the opening day in Brussels.

The 28-year-old power sprinter will attend a second BikeExchange-Jayco training camp in Spain next week and his debut in the Australian’s team white and blue colours is set for the Saudi Tour in early February followed by the UAE Tour later in the month.

“I’m happy with the choice I made,” he said of his transfers.

“They’ll do everything they can to support me in the bunch sprints and they are already fully engaged in that. You notice that they think about everything that comes with a sprint. They show a lot of confidence towards me. That makes me feel good. It also feels refreshing to work with a new coach, with new insights.”

According to Wielerflits, Groenewegen’s spring race programme will also include Paris-Nice, the Oxyclean Classic Brugge-De Panne and Gent-Wevelgem.