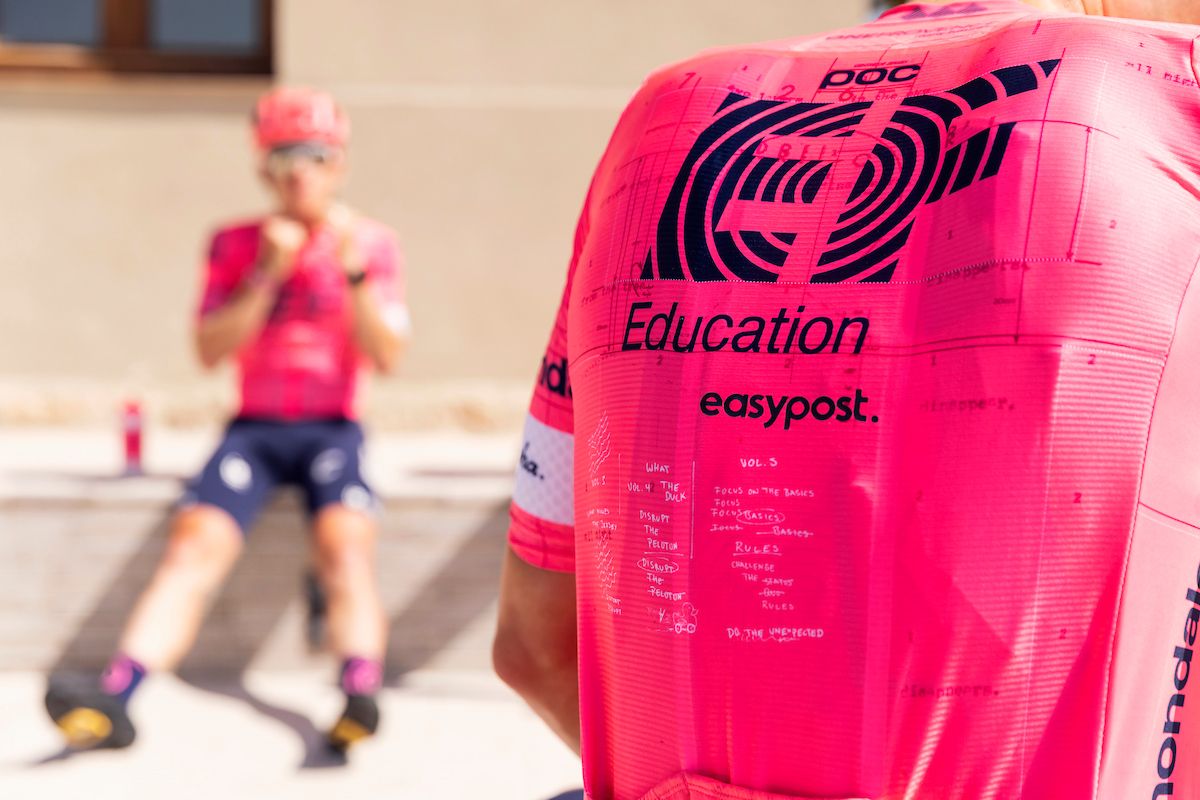 EF Education have teamed up with shipping company EasyPost for the 2022 season and beyond. The team will race as EF Education-EasyPost, with Japanese construction material company Nippo remaining as a secondary sponsor.

The team have yet to unveil their complete race kit for this season but earlier this week, the team announced their full roster, with Rigoberto Urán, Lachlan Morton, Esteban Chaves and Magnus Cort all featuring. The new jersey is expected to be revealed towards the end of January.

In a press release issued on Friday, the CEOs of EF Pro Cycling, Jonathan Vaughters and EasyPost, Jarrett Streebin, welcomed the news.

“There was never a question where we’d get involved when we looked at cycling. I’ve followed JV’s work since Argyle and sideburns,” said Streebin.

“He leads the world in his commitment to ethical cycling and pushing the boundaries of human performance. JV has also led cycling in his approach to nutrition and technology. In the same manner, EasyPost leads its industry in reliability and technology. So we’re excited to combine forces with the greatest American cycling team.”

Vaughters has been running the team since its inception as a junior and development squad in the mid 2000s. The American squad made their Tour de France debut in 2008 and later joined the WorldTour before establishing themselves as one of the most successful teams on the circuit. After a period of financial uncertainty, the team established stability when EF came on board as a title sponsor in 2018.

“From a sporting perspective, it’s absolutely wonderful to have Jarrett and EasyPost as part of the team. We align on the performance goals of the team, and how to get there together,” said Vaughters.

“EasyPost is a company built on innovation and efficiency, much like how we run our team; we’re always looking to improve in every way possible. We have a really good group of riders and staff, and we’re going to keep getting better, thanks to EasyPost.

“The business element of the partnership is something I’m excited to see us work on as well. Our job is to get the EasyPost name out there and recognizable as they expand their business and introduce EasyPost’s innovative and fast-growing business to the world.”

Nippo will also remain as a co-naming partner on the EF Education-Nippo Development team in 2022.