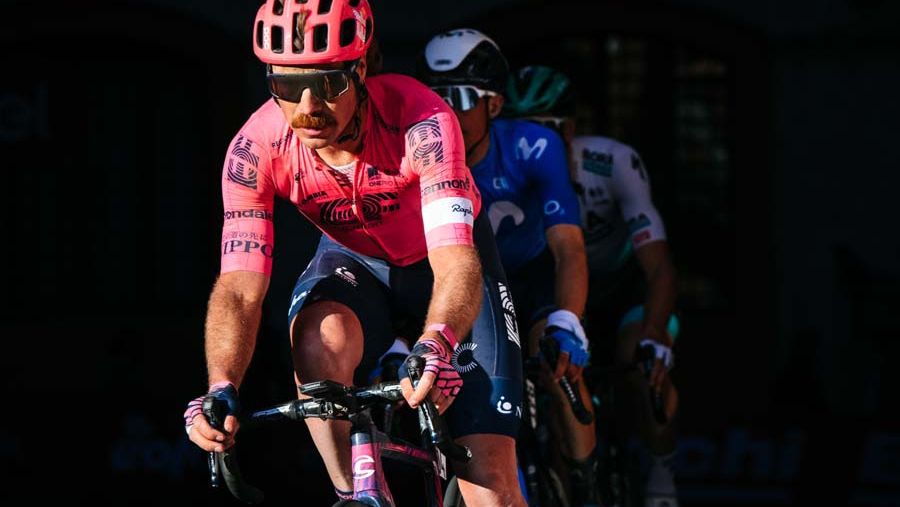 After a three month wait, Rapha has finally added the EF Education-Nippo kit to its website, making it available for the general public to buy, and if the speed at which the team’s Giro d’Italia kit sold out is anything to go by, then this kit is sure to sell quickly.

That kit, which was designed in collaboration with Palace Skateboards, broke the internet with its popularity, and many of the jerseys later ended up on eBay at wildly inflated prices. It also earned the team a fine from the UCI, due to not registering the design in time for the start of stage 1.

As a result of that fine, the team took a tongue-in-cheek approach, making the 2021 kit the ‘most compliant kit in the peloton’, featuring the UCI’s guidelines as the base of the design.

In the wake of that Palace takeover, the launch of this kit was highly anticipated at the turn of the year. However, fans were forced to wait as it was also the last to launch. So late, in fact, that here at Cycling News, we were forced to push back our WorldTour kit definitive ranking twice, before deciding to run it without them, later slotting them into 15th place.

We also recently had the opportunity to get up close and personal with the kit in our recent Object of Desire feature, where we highlighted the clever easter eggs hidden throughout. We ran through the jersey’s design features, of which there were plenty, including the duck who, quite heartbreakingly, is still yet to be given a name, as well as the Nippo mascot who has apparently featured on all of Nippo’s sponsored teams’ kits throughout the years.

Ducks and mascots aside, the jersey is sure to catch the attention of your clubmates, if not for the hidden gems, but for its hues which seem to have turned the saturation up to 100 per cent.