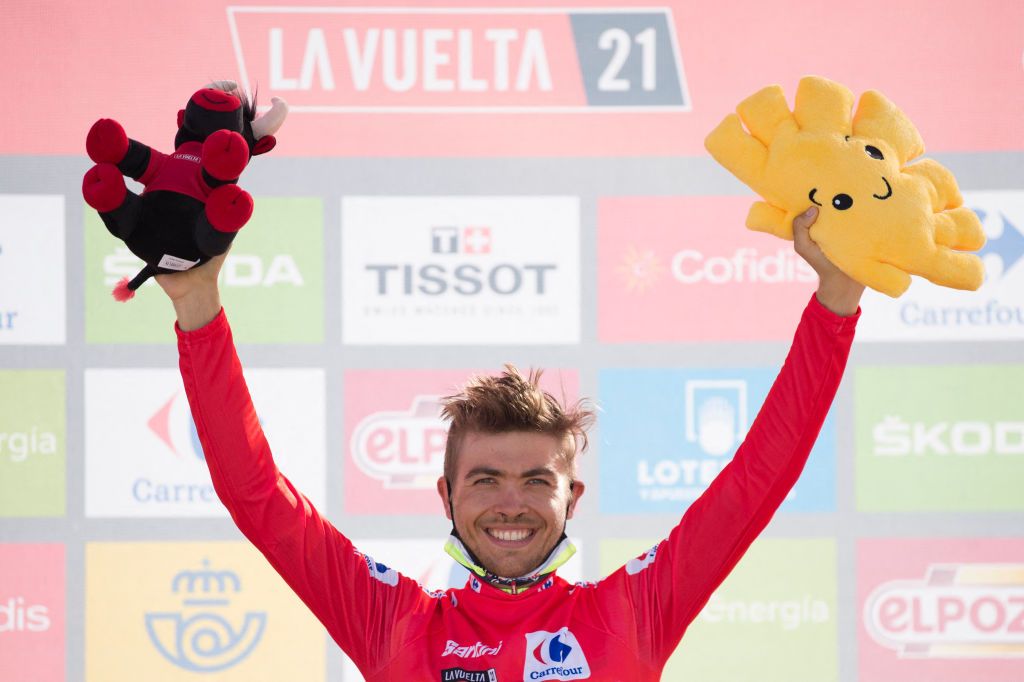 There was a point halfway up the Pico Villuercas climb on stage 14 of the Vuelta a España when it all looked to be over for race leader Odd Christian Eiking (Intermarché-Wanty-Gobert Matériaux).

France’s Guillaume Martin (Cofidis), his closest rival on GC, split off the front of the GC contenders’ group with a teammate, and while several of the Norwegian’s teammates like Louis Meintjes were able to shadow the move, Eiking was not among them.

After that, despite the front group lining out in the final kilometres as Miguel Angel Lopez (Movistar) attacked and Roglic chased him down, Eiking remained almost within contact.

By the finish, with 20 seconds lost on Roglic but only four on Martin, the red jersey remained comfortably within the Norwegian’s grasp. And while he was the first to admit that there is no knowing how long it’ll stay there, it was a hugely impressive achievement all the same.

Asked which had more value, taking the red jersey from a breakaway on Tuesday or defending it with such tenacity on Saturday, Eiking argued that it was “both of those things. I was really unsure if I’d be able to do it. I had to go deep to stay with the group, but I finally made it.”

As for Martin’s mid-climb attack, the Vuelta leader said, somewhat laconically, “it struck my mind this was not ideal.

“But I was not on my limit and I was pretty sure with the flat parts coming up later and all the headwind at the end, that I had him under control.”

“Of course, I wasn’t completely sure, but in the end, we finished pretty close together.”

Another day in la roja, then, meant another day handling the heat in a literal sense, too, while in the spotlight of being race leader, as temperatures soared once again in the Vuelta a España.

Coming from a country where, as the Vuelta leader put it, “we rarely get over twenty degrees,” he admitted that “riding here in close to 40 degrees like we’ve done for the last two weeks is not my dream conditions. The heat is not always my best friend. But it’s nice to ride in the sun, without any rain, too.”

The further north the Vuelta gets, in any case, the more likely it will be that the temperatures start to drop but Odd Christian Eiking was uncertain, he said, of how probable it now would be that he makes it to the far side of Spain still wearing red.

Applying the old adage of ‘taking things day by day’ in a literal sense, he pointed out that “I’ve just looked at tomorrow’s [Sunday’s] race profile and seen it’s quite demanding. But it’s also possible I’ll keep the jersey.” However, he conceded, “I’ll need to be on a good day.”