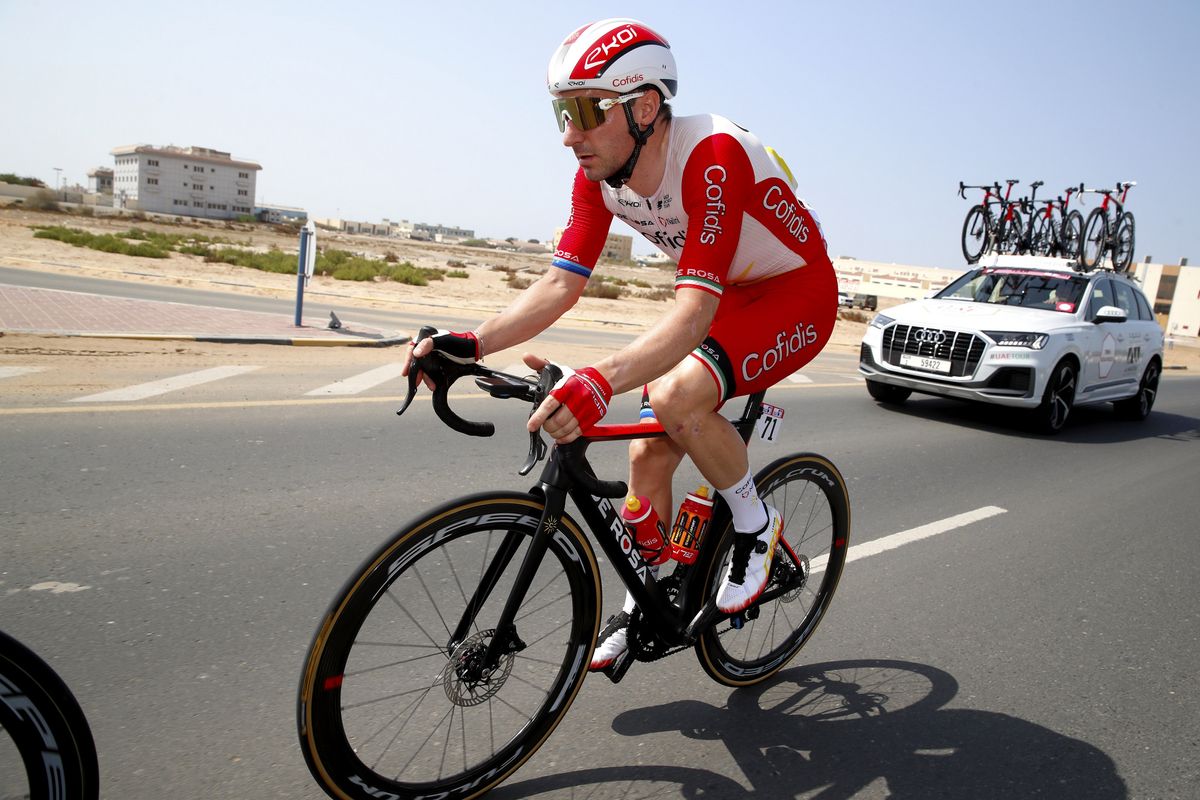 After finally claiming his first win for Cofidis at Cholet Pays de Loire in late March, Elia Viviani returns to the track this weekend in Ghent as he builds towards the defence of his Omnium title at the Tokyo Olympics.

Viviani will line out in the Omnium and the Madison at the International Belgian Track Meeting, which takes place on the Eddy Merckx velodrome in Ghent from April 16-18. It will be his first appearance on the track since the Berlin World Championships in February of last year, where he could only manage 9th in the Omnium.

After the weekend’s competition in Ghent, Viviani will then train for three days on the track in Montichiari before returning to the road at the Tour de Romandie, his final outing before the Giro d’Italia.

“I wanted to do two blocks of work of three days on the track before the Giro, and Ghent is ideal,” Viviani told La Gazzetta dello Sport. “I’ll come back to Montichiari from April 23-15 before going to Romandie to fine-tune my preparation for the Giro.”

“I know the track well, I trained there a lot when I was at QuickStep. I’m happy to go back on the track because all the rivals will be in Ghent,” said Viviani.

After failing to win a race in his first season at Cofidis in 2020, Viviani endured a difficult start to the new year when he underwent a cardiac ablation procedure in January. He was able to begin his season at the UAE Tour the following month, however, and he chalked up victory at Cholet Pays de Loire. He fell heavily at Dwars door Vlaanderen three days later, but he reported no lasting injury from the crash.

“The victory gave me a sense of freedom, physically and mentally,” said Viviani. “Winning was important for me and the team, I’m starting out much better ahead of the Giro, with fewer doubts about everything. I’m getting back to my level.”