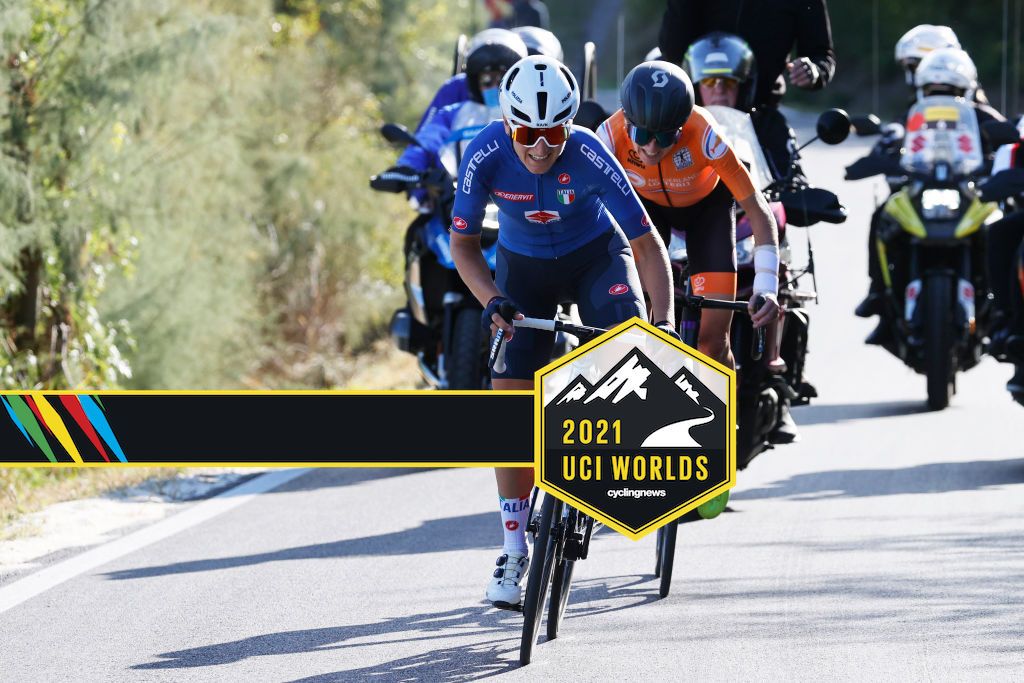 Elisa Longo Borghini has become known for her all-in racing style that has brought nail-biting performances to the Women’s WorldTour all season. The Italian Champion has stated that she will be in a rouleur role during the elite women’s road race on September 25 the UCI Road World Championships, and she warned not to underestimate the route in Flanders.

“I really like being a rouleur in the races, and also to help my teammates whenever possible. I like to be aggressive and I don’t like boring races,” Longo Borghini told Cycling News.

The Italian National Team has yet to announce the seven-rider team for the elite women’s road race but Longo Borghini said she will be working for compatriots Elisa Balsamo and former world champion Marta Bastianelli on the punchy circuit.

“Worlds is not my big focus because we have Elisa Balsamo and Marta Bastianelli, who are very strong riders on the circuit like Flanders. I’m going to be there with more of a rouleur role, which is good,” Longo Borghini said.

“I’m happy about my season and I’m not really looking, extremely, for a result, but if it comes then I would be very happy, but I will be there mainly to help the team.”

The elite women will race 157 kilometres between Antwerp and Leuven, with the course including 20 short climbs and a total elevation gain of 1,047 metres. The race starts at the Grote Markt in Antwerp and travels south for 55km to two distinct finishing circuits; the Leuven circuit includes four climbs, and the Flandrien circuit consists of six climbs.

Longo Borghini said that she has raced on more challenging routes in Belgium over the years, but not to underestimate this circuit, especially if there are poor weather conditions or high winds.

“The circuit can be really hard, and if it’s bad weather or with wind, it can be underestimated by the field. It can be a very hard race if the pace is high, especially in the circuits, or where the race could start to be aggressive,” she said.

“It might not be the hardest circuit that I have ever seen in Belgium, but it can still make a difference. I see a small peloton coming to the finish line with 10 or 15 riders in a sprint.”

At the European Championships, her compatriot Silvia Zanardi won the under-23 women’s road race title for Italy. The under-23 women’s category is not included in the schedule at the World Championships, but Longo Borghini believes that Italy has enough strong young riders competing that they should be given an opportunity to compete for a world title among their own age group 19-22.

“It’s a pity that there is not an under-23 world championships for women, which would be really nice for those riders who are good but maybe not at the level to be selected for the elite national team,” Longo Borghini said.

“We have many riders who are really good but don’t have the opportunity at the Worlds. A specific World Championships for those women would be nice.”