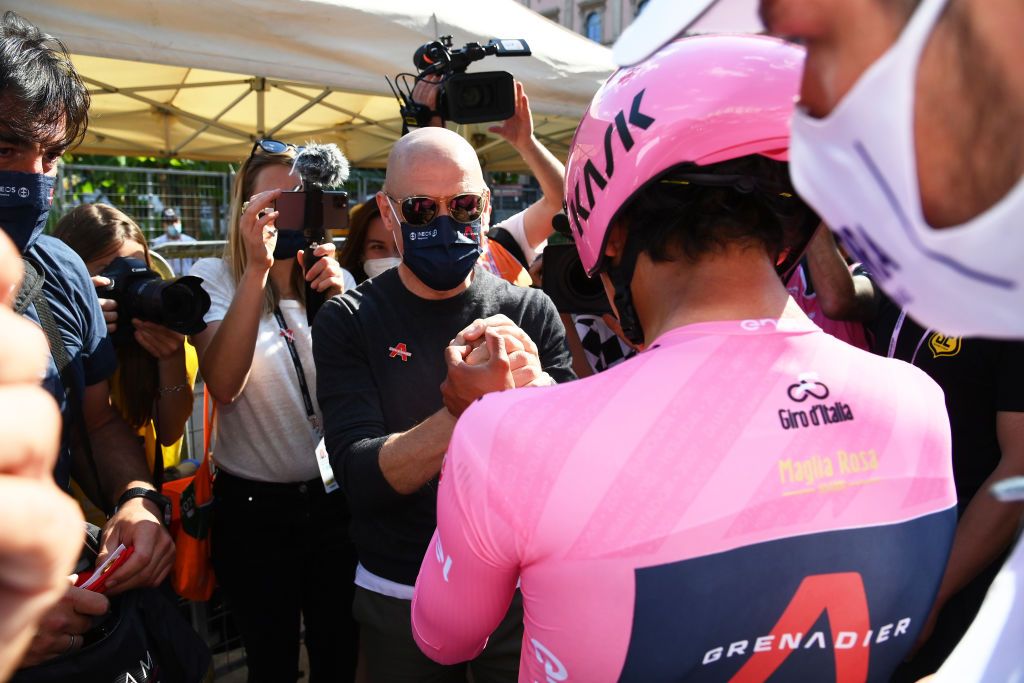 Brailsford’s future was called into question after reports in the Italian press suggested he is set to leave his long-standing role as team principal in order to take charge of sponsor Ineos’ wider sporting project.

Ellingworth, who left the team in 2020 to become manager of Bahrain Victorious, was said to be being lined up for the top job after making a quick return to Ineos as director of racing at the start of this season.

Speaking to Cycling News at the World Championships Belgium, Ellingworth rubbished the notion that Brailsford would soon be vacating the top seat.

“He’s still doing stuff. There is the Ineos sport angle, he’s really into it and he does a great job with all that stuff, but he’s not going anywhere. This team is his passion, in that sense.”

Ellingworth did suggest that, if anything, he was doing more and Brailsford was doing less, compared to the last time they worked together. However, he denied that there had been any signifiant changes in the management of the team.

“We’re sharing stuff. We’re working really well together. I’m really enjoying being back. It’s like anything, you leave and things change, but I’m excited about this next phase of the team,” he said.

“Dave’s been quite happy to share some more of those responsibilities across the team. I’ve definitely been a lot more active in the rider recruitment side. So there have been few things, which are just natural – a sort of progression. At the end of the day, it’s teamwork, and there are jobs to be done. It depends where we are, what we’re doing, and what else is happening.

“At end of the day, Dave is the boss, he runs this show. I’m happy doing what I do and I’m also happy to pick up some pieces when needed.”

Ellingworth also responded to the speculation surrounding the future of Bernal.

The Colombian, who won the Tour de France in 2019 and the Giro this season, has a contract through 2023. However, there have been suggestions that he has grown unhappy and is looking to leave.

There was one claim in the Italian media that Bernal didn’t see eye to eye with the team directors at the Vuelta a España – where he placed sixth – and the rumours gathered pace when French newspaper L’Equipe suggested three possible replacement destinations.

“It’s a non-story,” Ellingworth stated. “At the end of the day, Egan has another two-year contract, that’s it really.

“Is Egan happy? Well, I was with him on the last night of the Giro and I’d say the guy was pretty happy. We had a good night, I tell you. Was he happy at the Vuelta? He went there to win the race so I’m sure he wasn’t happy. Is he happy with the team? You’d have to ask him, but from my point of view I think he’s happy with the team.

“It’s just lost in translation somewhere. He’s got two years on his contract, so he’s not going anywhere.”