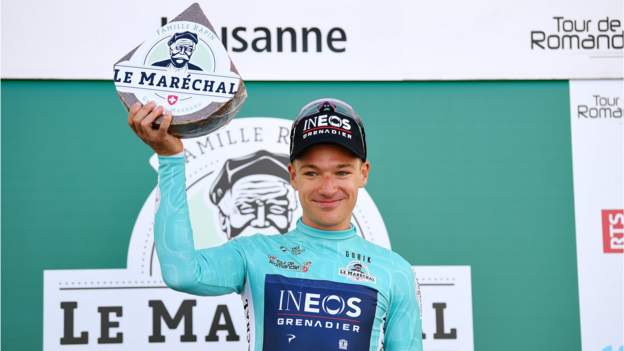 He finished the 5.12km route around Lausanne in five minutes 52 seconds.

“I had a couple of setbacks at the start of the year, I’ve taken a break from racing and trained really hard and to come back like this is nice,” said Hayter.

“We thought these next couple of days could be quite good for me as well so we’ll keep trying to win stages and the overall with the rest of the team.”

Hayter, who recovered from Covid-19 earlier this year, is the British time trial champion and world title winner in the omnium.

He will start stage one’s 178km run to Romont on Wednesday wearing the leader’s green jersey.

Quick-Step Alpha Vinyl rider Ethan Vernon made it three Britons in the top 10 as he finished seventh, 14 seconds down.