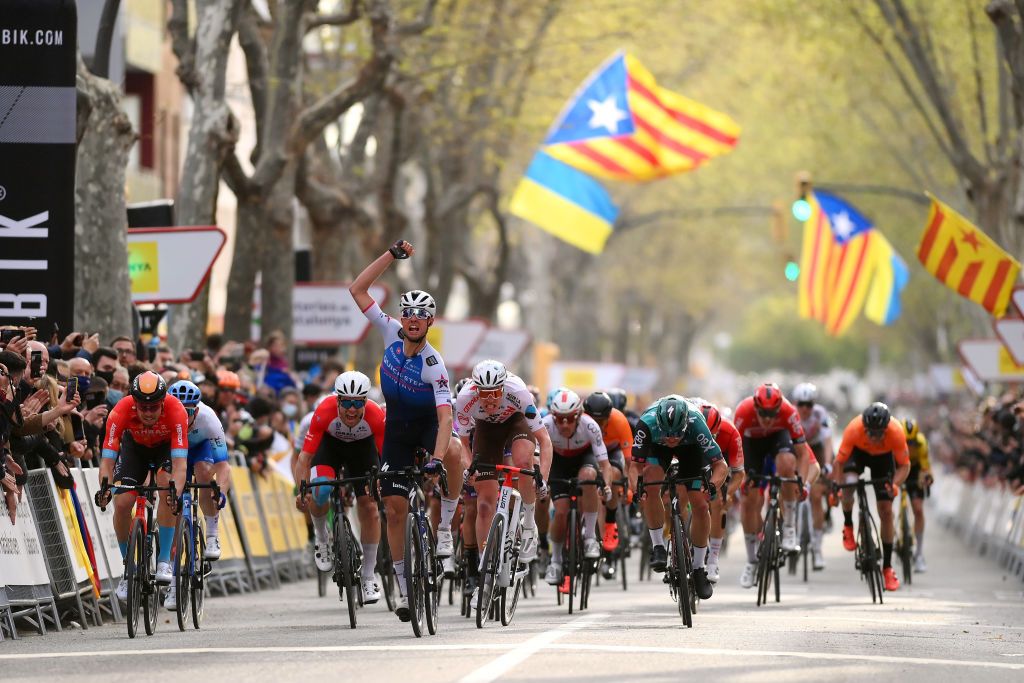 Ethan Vernon of QuickStep-AlphaVinyl won stage 5 of the Volta a Catalunya to Vilanova i la Geltrú after João Almeida (UAE Team Emirates) and Nairo Quintana (Arkea-Samsic) clashed in the late intermediate sprint as they fought for every second and the overall race lead.

The 21-year-old British sprinter had the power and speed to sprint down the centre of the road to hold off his rivals. It was his first victory just three months into his professional career.

Almeida managed to finish third in the late intermediate sprint. He finished safely in the peloton and so took the leader’s white and green jersey from Quintana. The Colombian is now one second behind, with Sergio Higuita (Bora-Hansgrohe) third at seven seconds.

£99.99
More Information
Previous |  1  2  3  4  5  6  | Next
SOURCE: CyclingNews   (go to source)
AUTHOR: Stephen Farrand Alasdair Fotheringham
All copyrights for this article, including images, are reserved to the original source and/or creator(s).