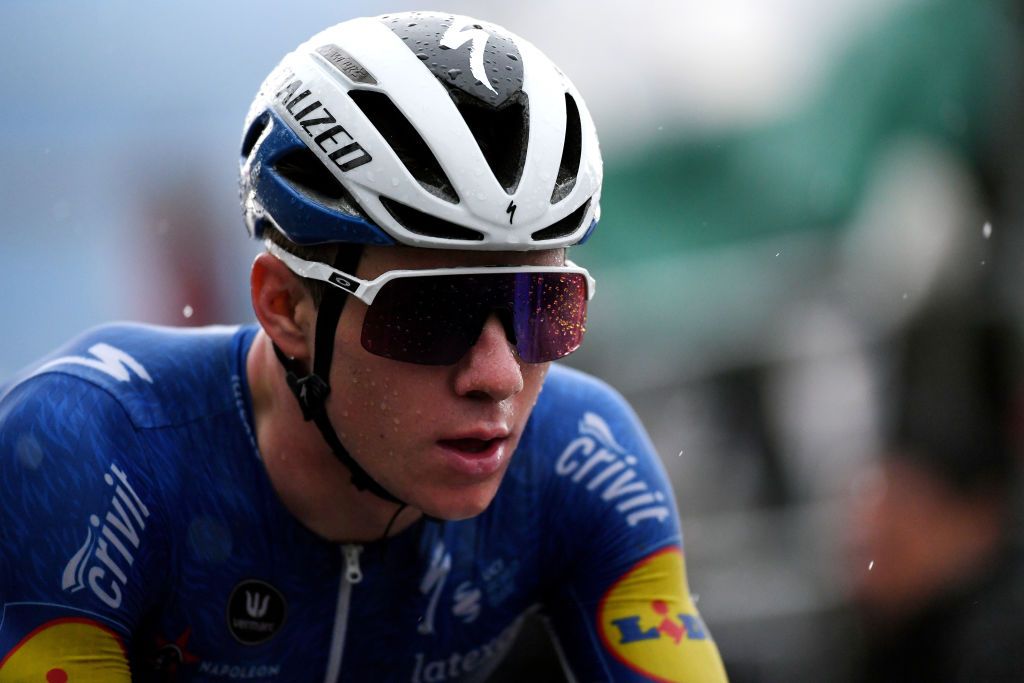 QuickStep-AlphaVinyl are among the teams who must redraw their plans and race schedules for the start of the 2022 season following Monday’s announcement that the Vuelta a San Juan will not go ahead this year due to the coronavirus pandemic.

Remco Evenepoel was due to start his season in Argentina before going on to ride the Volta ao Algarve, but the cancellation of the Vuelta a San Juan means that the Belgian’s schedule must be redesigned.

Speaking to Het Nieuwsblad, QuickStep-AlphaVinyl manager Patrick Lefevere suggested that Evenepoel might instead start his campaign at the Volta a la Comunitat Valenciana (February 2-6) or the UAE Tour (February 20-26).

“It is not clear at the moment where he will start. Valencia at the beginning of February is an option. The UAE Tour at the end of February as well. Either one of the two. Or both,” Lefevere told Het Nieuwsblad.

Racing the UAE Tour would see Evenepoel test himself against Tadej Pogačar (UAE Team Emirates) in a stage race for the first time in his career. Pogačar won the UAE Tour last year and he will start his 2022 season at the event.

Lefevere described the UAE Tour as being “more or less the world championship for Tadej Pogačar” and his UAE Team Emirates squad. “The sheikhs would rather he won there than in the Tour [de France], so to speak,” Lefevere said.

“It’s the very first WorldTour race, which also has a deep field. That way, Remco would immediately know where he is in relation to the others. Two stages have uphill finishes and there is a time trial.”

QuickStep will look to confirm their revised racing schedule during their forthcoming training camp in Calpe, which gets underway on Thursday and runs until January 14. Lefevere suggested that the Tour of Antalya in Turkey (February 10-13) and the Tour of Oman (February 10-15) could be added to QuickStep’s programme, but he confirmed that his team is not interested in riding the Challenge Mallorca series of five races in early February.

“Especially because of the logistics, it is a disaster to get the trucks there,” said Lefevere. “It is certain that the programme will be discussed a lot with the riders during the training camp.”

Directeur sportif Klaas Lodewyck explained to Het Nieuwsblad that QuickStep’s first thought would be to ensure the riders selected for Omloop Het Nieuwsblad and Kuurne-Brussel-Kuurne arrived ready for Belgium’s Opening Weekend at the end of February.

“It remains to be seen whether more races will be dropped,” Lodewyck said.

“The first requirement is that our riders going to the Belgian Opening Weekend must have enough race days. But the new puzzle has to be just about right for everyone.”