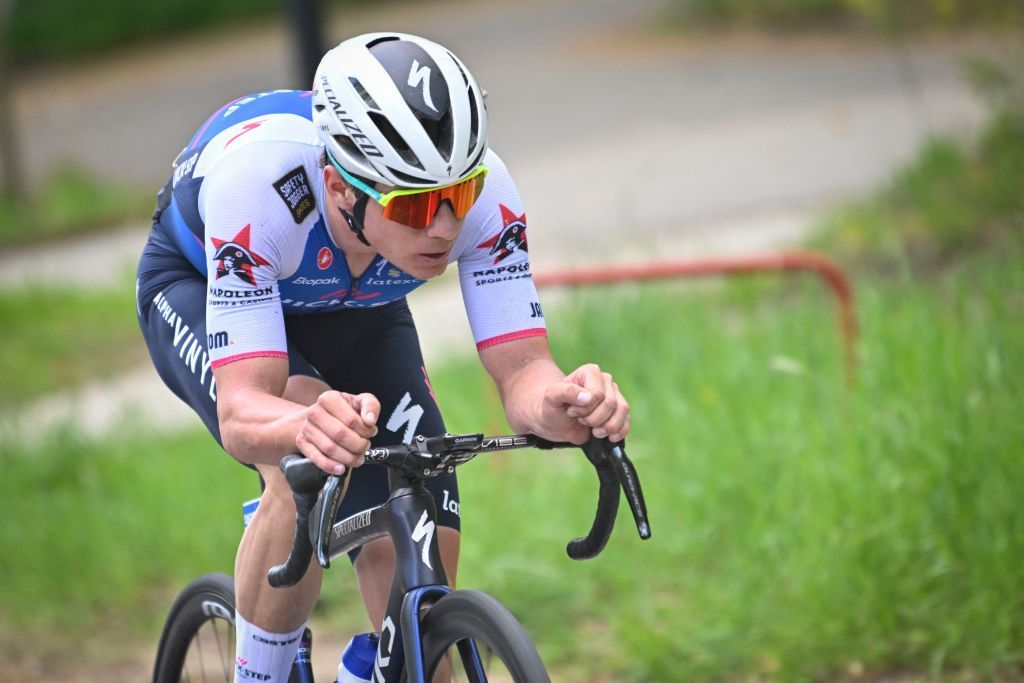 Remco Evenepoel is looking for a new challenge at the Tour de Suisse, as he continues to test his stage racing credentials against some of the favourites for this year’s Tour de France, while following his own career trajectory and plans to target the Vuelta a España.

The 22-year-old Belgian leads the QuickStep-AlphaVinyl when the Tour de Suisse starts in Küsnacht near Zurich on Sunday with a rolling 177km circuit stage.

They will all go on to ride the Tour de France, while Evenepoel has different goals. He hopes to peak for the Belgian national championships and then continue to improve, learn and test his limits, before targeting the Vuelta a España that begins in mid-August.

Evenepoel won the Volta ao Algarve em Bicicleta in February, then suffered in March but showed his grit and determination by coming back to form and winning Liège-Bastogne-Liège with a solo victory. He dominated the recent Tour of Norway, taking three stages and overall victory and after a further spell at the altitude hotel in Spain, he feels confident and ready to tackle the Tour de Suisse.

“We raced hard every day in Norway, on long, steep climbs and in echelons. From there I got a lot of answers. Now I want to see if I can do it all again and for eight days. It’s a bit like a week of a Grand Tour,” he suggested on Saturday in a video call with the media, including Cycling News.

“I want to see if I can be up there with the strongest guys, who go to the Tour de France. Those guys will be at a high level and I want to compete against them.

“We’re also going to ride above 200m of altitude. That will be new for me in a race. I hope to perform at a high level. I hope to not lose time in the mountains and then win the race on Sunday. If there’s an opportunity to win a stage, we’ll try to take that too.”

Evenepoel has grown his hair longer this spring, his career and confidence growing too. Victory at Liège-Bastogne-Liège was perhaps a vital moment in his maturity during his already stellar career. He has still to prove if he can develop into a Grand Tour contender but after the setbacks on his 2020 Il Lombardia crash, he seems back on track and aiming high.

“I’m happy on the bike and happy outside of the bike, I think that helps me mentally too,” Evenepoel explained, admitting he and QuickStep-AlphaVinyl will ride a controlled race, despite being openly ambitious.

“Other teams will be more attacking than we will probably be. It’s a long time trial, about 30 minutes, so I can put some into the climbers on the last day,” he said.

“That might be an advantage for me but won’t make it easier in the days before on the long climbs. Friday and Saturday are the high Queen stages and I have to try to be up there and not lose time. Then on Sunday I have to go all out to put as much time into the GC favourites. But they know that, so they will attack me for sure.

“I just want a stable week at a high level, so that I can extend my form from the Tour of Norway and try to be up there with the best GC guys and climbers. That’d be a perfect week for me. A stage win and top five would be perfect.”