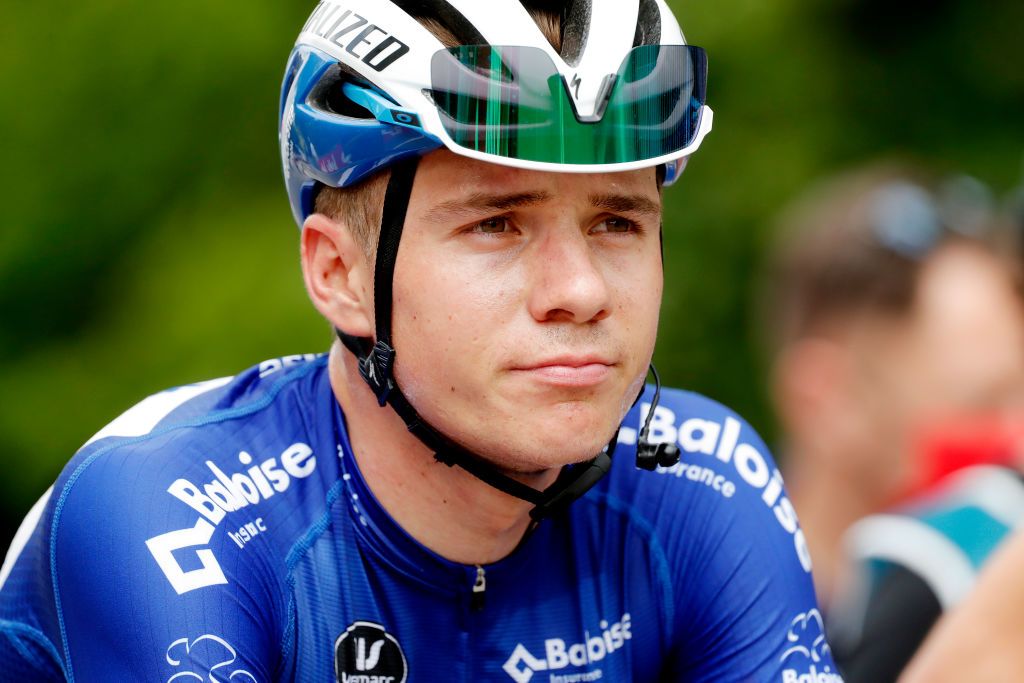 Remco Evenepoel will take the start of the Tokyo Olympics men’s road race this Saturday as one of the favourites for victory among the 130 riders lining up in Musashinomori Park.

The 21-year-old is set to be co-leader of the Belgian squad with Wout van Aert and said on Wednesday that his teammate is among the very top favourites for victory on the Fuji International Speedway after 234km of racing.

Evenepoel, who hasn’t been in action since the Belgian Championships in mid June, will be up against a number of big contenders who flew to Japan straight from the Tour de France. He said that those riders might have the edge on the field, depending on their freshness.

“There are several guys who did their Tour to prepare the Games. Maybe they still have an edge,” Evenepoel told assembled media, including Het Nieuwsblad, at a pre-race press conference. “But someone like Tadej Pogačar recovers quickly from such a tough race. He also knows how to do it, so I don’t see why he wouldn’t be a joint top favourite.

“Then when you see how Wout flew in the past few weeks, you can say he’s in the shape of his life. He has always said he would work towards his goal and that his Tour would be to prepare for the Games. He’s done that well. He looks sharp and fresh. This Wout shouldn’t be afraid of this course.”

As for the course itself, the race in Tokyo looks to be the toughest of any in recent memory – even harder than the climb-heavy final in Rio at the 2016 Games. Riders will tackle four passes – Doshi, Kagosaka, Mikuni and then Kagosaka again – with the climb of Mount Fuji lying in the middle of the race.

Evenepoel acknowledged how tough the course looks, and compared it to the Clásica San Sebastián, which he won with a long-range solo attack in 2019.

“It’s tough, very tough,” he said. “There is almost no flat spot from the start – only at the lake. The rest is climbing or descending. Then there’s the heat and the distance, of course – 10km neutralised and then 234km. You can actually compare it to the course of Clásica San Sebastián – a long climb in the middle and some steep hills in the final – but longer. It’s a course I prefer anyway.

“If Wout survives everything, we’ll have to ride up to 200 metres from the finish and from then it’s up to him. The Mikuni Pass will be the make or break point for him. That slope is steep for someone who weighs 75kg. It can be a decisive factor because there are sections of 20 per cent. I compare that climb to the Mortirolo but shorter. After 200km it will be hard to race there.”

Evenepoel said that he has personally done all he can to get in top form for the Olympics, despite not having raced for a month. However, given the long comeback from his pelvis fracture last summer, he said that he’s not sure if he’ll reach his top form of 2020 for the race, adding that it might come later in the year or even next year.

“We’ll see on Saturday how good I am. I’ve done everything to be in the best possible condition at the start. The feeling is OK – I feel pretty fresh. I finished my last tough training today and now I’m going to recover for two days, then hope I will have good legs on Saturday. You can have a good day, but the heat can turn that around very quickly. It will be all or nothing.

“It’s sad to say, but I’m using this season to look for the top level I had before last autumn. Will it come now, or at the European or World Championships, or in Lombardia, or maybe next season? I’ll have to accept it, but I leave nothing to chance. But my body has to give me the green light. The crash will be a year behind me on August 15 and I’ve already won two races. I never expected that.”