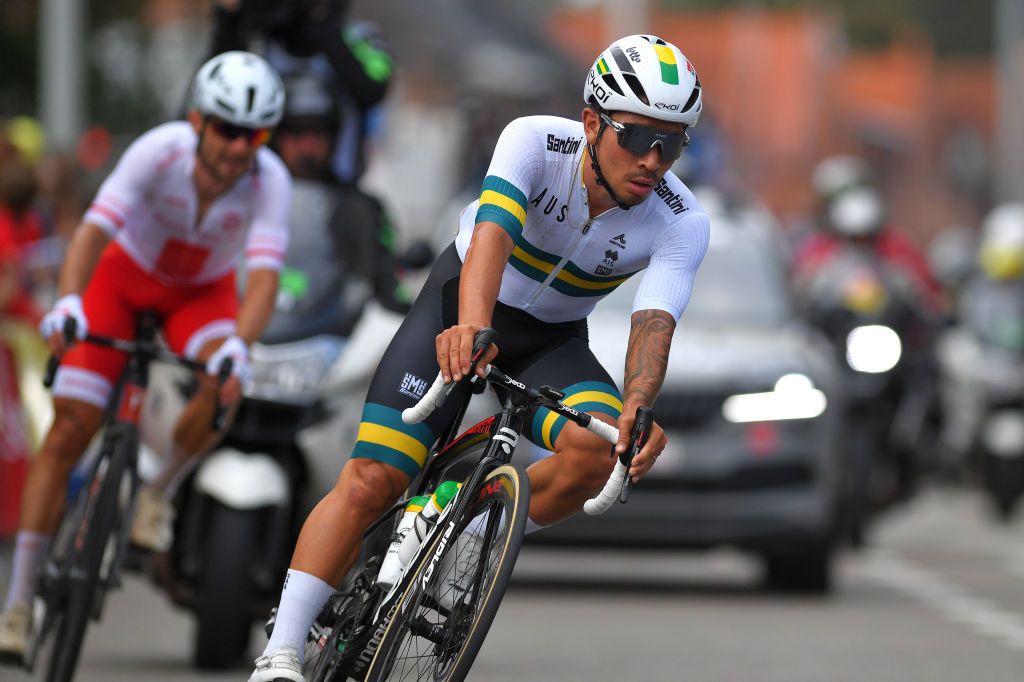 Australia will be lining up at the 2022 Birmingham Commonwealth Games in August, with Caleb Ewan and Grace Brown leading the charge as the nation looks to try and replicate its Gold Coast clean sweep of the road cycling events.

Ewan will be joined by Michael Matthews, Kaden Groves, Miles Scotson and Rohan Dennis, with it likely that around half the squad will be heading to the UK soon after having raced the Tour de France. It’ll also be an even tighter turn around for Brown, with the Tour de France Femmes finishing on July 31, and its bound to be a similar scenario for a number of those on the women’s squad as well. Alexandra Manly, Brodie Chapman, Ruby Roseman-Gannon and Sarah Roy will be joining Brown at Birmingham.

The road squads were announced alongside the mountain bike, track and Para-track cycling team.

“2022 has been a massive year for Australian cycling, and I’ve no doubt that the 34 athletes selected to the Australian Commonwealth Games team will make us proud and inspire the next generation of riders,” AusCycling CEO Marne Fechner said in a statement. “It’s exciting to have a team that features such a strong mix of debutants and experienced athletes, who I know will wear the green and gold with passion and pride in Birmingham.”

Brown will also be one of the riders to beat in the time trial, having come fourth in the individual time trial at the Tokyo Olympic Games as Dennis – a two-time time trial world champion and Tokyo Olympic Games bronze medallist – will also be among the favourites in the men’s race against the clock. Dennis was also a silver medallist in the Commonwealth Games in the discipline in Glasglow in 2014. Ewan, also raced that Commonwealth Games as part of the road squad while Scotson was on the track in 2014.

Track delivers the first cycling events in Birmingham, from Friday July 29 to to Monday August 1, with the cross country mountain biking held on Wednesday 3rd August.

The road time trials are on Thursday August 4 from West Park with the men’s course 37.4km long and women’s 28.8km. The road races are last on the agenda on Sunday August 7, taking place on a Warwick loop, with the women completing seven laps of the 16km course and the men 10.