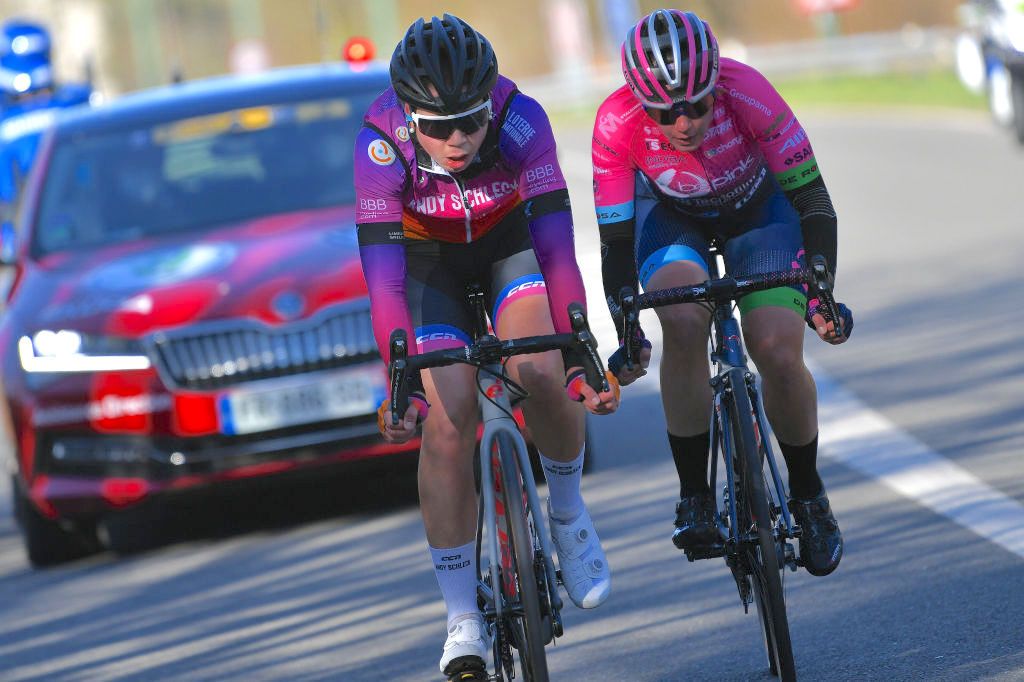 Young pro cyclist Claire Faber had a lengthy surgery on Friday at hospital in Luxembourg and is responsive again, according to team reports, after being struck by a car while on a training ride and suffering multiple fractures.

The 22-year-old was on a training ride Wednesday afternoon in preparation for the Ceratizit Festival Elsy Jacobs with her new team, Andy Schleck-CP NVST-Immo Losch. She sustained severe injuries to her jaw, collarbone and ribs, it was reported by multiple news outlets.

“She has sustained serious injuries, but is conscious. We just have to hope for the best,” Sports Director Tjarco Cuppens told a local newspaper, TageBlatt, on Friday.

Faber was to have competed Friday afternoon in the prologue of the women’s 2.Pro stage race, a home race for the Luxembourg native.

The team posted an announcement about the incident on its Facebook page, reading: “During her last preparations for her home race Ceratizit Festival Elsy Jacobs, a car didn’t pay attention and hit Claire who was descending. At this moment we don’t know how long the rehabilitation of her injuries will take. All our thoughts are with Claire and her family and we hope Claire will recover completely.”

Faber, a first-year rider with Andy Schleck-CP NVST-Immo Losch, is the reigning U23 national champion of Luxembourg in both the time trial and race, titles she took in 2020. She also won the junior road title in 2016. She had competed twice before at Festival Elsy Jacobs as a junior, but this would have been her first time as a pro. The event would have been her seventh start of this season.