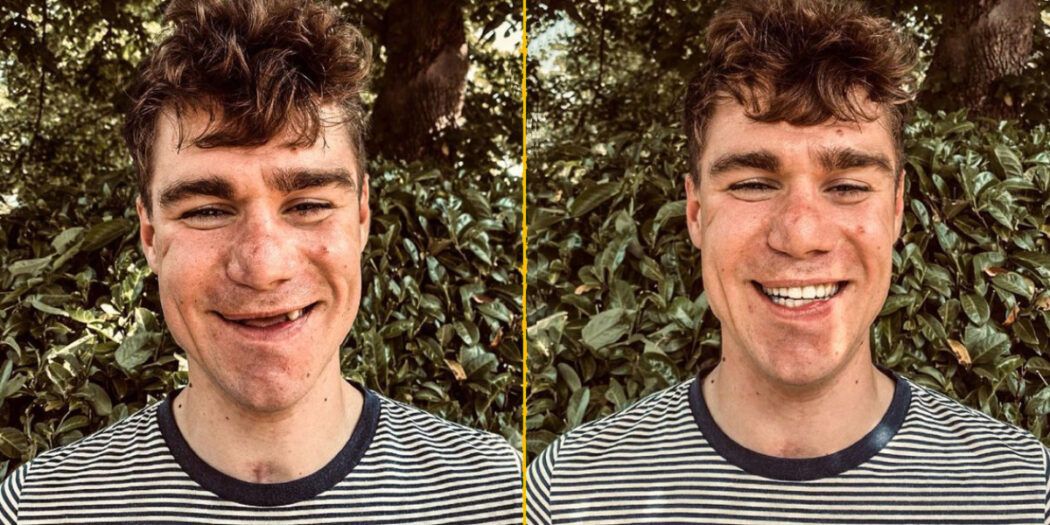 Almost a year after his terrible crash in the Tour de Pologne, Fabio Jakobsen has revealed a new smile after major reconstruction dentistry work and confirmed he will soon begin training at altitude in preparation to ride the Vuelta a España.

The Deceuninck-QuickStep sprinter crashed at high speed when fellow Dutchman Dylan Groenewegen deviated from his line at 80km/h in Katowice, forcing Jakobsen into the flimsy barriers, which gave way upon impact. Groenewegen was given a nine-month suspension by the UCI Disciplinary Commission and only returned to racing at the Giro d’Italia.

Jakobsen suffered severe facial injuries, lost most of his teeth and was placed in a medically-induced coma after the crash.

He has gone through multiple surgeries but fought the pain and problems to return to racing. He trained with Deceuninck-QuickStep during the early season and made a return to racing at the Tour of Turkey in April. In recent weeks he has ridden the Volta ao Algarve, Critérium du Dauphiné, and spent long sessions at the dentists when at home.

Jakobsen showed off new smile on Instagram, jokingly asking his followers “to find the 10 differences in these pictures” that captured his one-tooth post-crash smile and his new complete smile.

“The result looks astonishing to me and I am thankful for it. I think they are beautiful,” he wrote alongside the photographs.

“Extremely grateful for all of the work that has gone into giving me my teeth back. Starting with Prof. Gert Meijer and Drs. Jeroen Liebregts. Thank you both and all other medical and dental co-workers for the support and work over the last 8 months. You have all been amazing. Also, Michiel Wouters who constructed the implant bridges.

“There have been a lot of car trips to Nijmegen, Rosmalen and Grave. Radboud University Medical Center, Michiel Wouters and Implantologie Grave but it has been worth it.”

Jakobsen is now almost fully recovered from the Tour de Pologne crash and hopes to be competitive in the sprints in the second half of the season.

“Now on to the coming goals on the bike,” he wrote. “First (the Netherlands) nationals championship this weekend with a big smile. Next up are training camp Livigno, Tour de Wallonie and La Vuelta a España.”