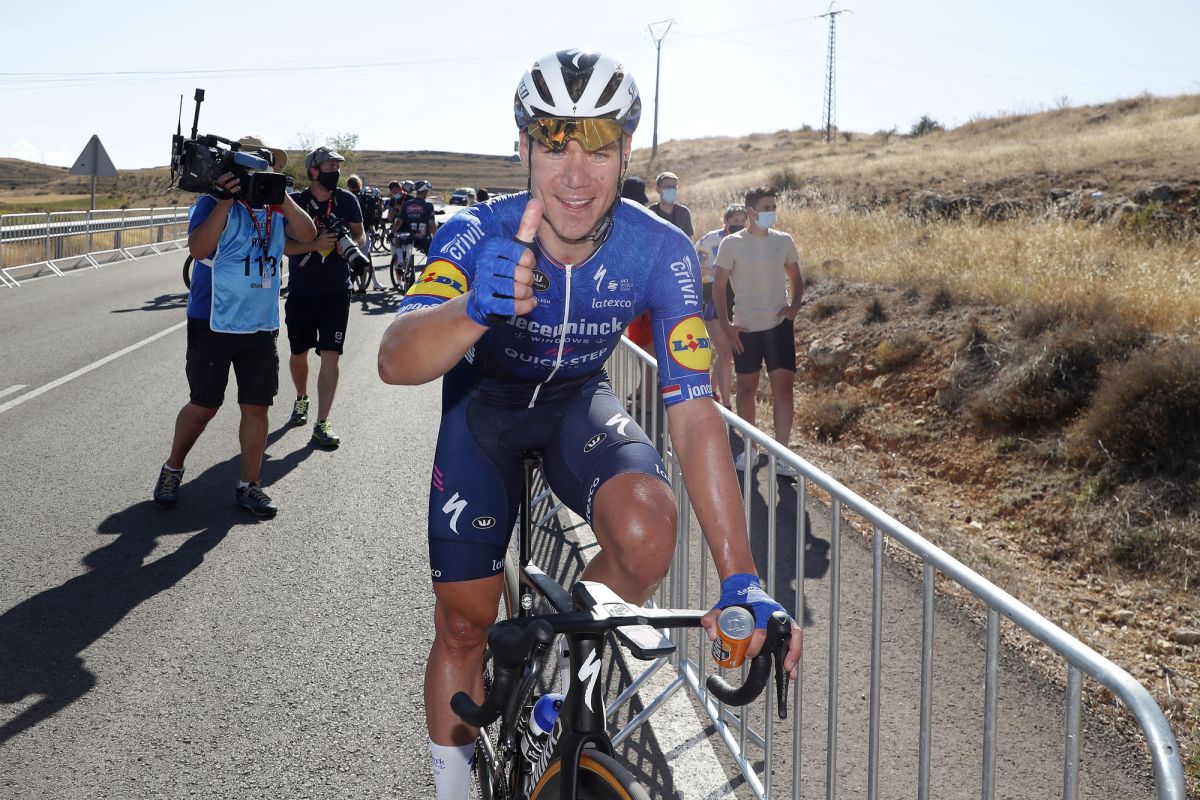 “Everybody knows what happened in Poland,” Fabio Jakobsen said, but that’s only part of the story. Everybody saw what happened on that perilous finishing straight in Katowice last August, when Dylan Groenewegen’s deviation caused Jakobsen to crash and the untethered roadside barriers exacerbated its consequences. But only Jakobsen himself truly knows the agonies – physical and mental – that he endured in its aftermath.

Jakobsen was placed in an induced coma after the crash, and as doctors worked to save his life in those first hours, few imagined he would ever ride a bike again, far less resume his nascent professional career. He spent a week in intensive care in Poland, and three more in an ICU in the Netherlands, but even when he walked out of there, the idea of returning to professional cycling with Deceuninck-QuickStep, far less contesting and winning bunch sprints, seemed fanciful in the extreme.

Barely a year later, however, Jakobsen finds himself back on the winner’s rostrum at a Grand Tour after his sprint victory in Molina de Aragón on stage 4 of the Vuelta a España. He had already notched up a brace of wins ‘Off Broadway’ at the recent Tour de Wallonie, but victory here emulated the greatest achievement of his career to date, and it marked a whole new phase in his recovery.

“We can all say this is the end of my comeback,” Jakobsen said after taking a seat in the press conference truck afterwards. “I started winning at Grand Tours at the Vuelta two years ago and to be here again winning in a bunch sprint… While the accident will always be part of my life, now I can put it behind me and go again for the sprint finishes, because that’s what I’m good at.

“That’s the only thing I can do in the pro peloton, win bunch sprints. So I’ll keep focusing on that from now on. Now it’s on to the next one, and I hope to have another win in the coming days.”

Jakobsen had already come close on the opening road stage in Burgos, where he was pipped to the line by Jasper Philipsen (Alpecin-Fenix), and he approached Tuesday’s slightly uphill finale in Molina with confidence, delivering a crisp acceleration in the final 100 metres to come around Arnaud Démare (Groupama-FDJ) and claim victory.

All summer, the screen of Jakobsen’s computer told him that his strength of old was returning, but sprints are not won on power alone. Every finishing effort is preceded by a litany of split-second decisions and calculated risks in the heart of a speeding and unruly peloton. Jakobsen returned to the professional peloton at the Tour of Turkey in April, but it took three more months before he had the strength, and perhaps above all, the confidence to return to the fray in a bunch sprint.

“After the surgery, the first thing was the physical part and becoming a normal person once again, and then afterwards, the road back to professional cycling started, both physically and mentally. That goes hand in hand,” said Jakobsen.

“In the first races, I was of course a bit scared in bunch sprints because it’s hectic, the speed is high and there’s always the possibility of a crash. But once I knew I was ready on a physical level, then I could test if I still had it mentally.

“I was already successful in Tour de Wallonie, when I realised I was physically able to win and mentally I was in the right spot. I was confident, and I guess that’s where the physical and mental sides combine. I was able to win a bunch sprint again.”

The turn of speed Jakobsen produced on Tuesday afternoon was familiar from his very first outings as a professional, and so too was the affable, smiling figure who reported to sign on in Burgo de Osma that morning. The experiences of the past 12 months, however, have altered his perspective.

“I don’t want to be whining about it but I spent a month in intensive care in Poland. As unlucky and unfortunate as that is, it’s changed me a little bit as a person and you could say my pain limit is a bit higher,” Jakobsen said. “This is what I like to do: race my bike. I like to be in this team, riding for wins, and the pain in last 500 metres here was nothing compared to pain after surgery or the pain when I was in intensive care.”

And yet, for a career sprinter, even a change in perspective has its limits. Despite everything that happened, Jakobsen’s vocation still calls for risks beyond the reasoning of most.

“I’m a little more careful [after the crash], but as sprinter, you also realise that if you brake two or three times, then you’re in a position where you’ll never win,” he explained.

From his position atop the rostrum on Tuesday, Jakobsen could see that he was a lucky man. As well as paying tribute to his medical staff, his family and his teammates, he dedicated his victory to the memory of the late Bjorg Lambrecht, who crashed heavily at the Tour de Pologne in 2019 and never made it home.

“I would like to dedicate this win to Bjorg Lambrecht, because he’s not amongst us anymore,” Jakobsen said. “I think he’s in heaven and smiling down on us. This victory is also for him and his family. I think about him a lot.”