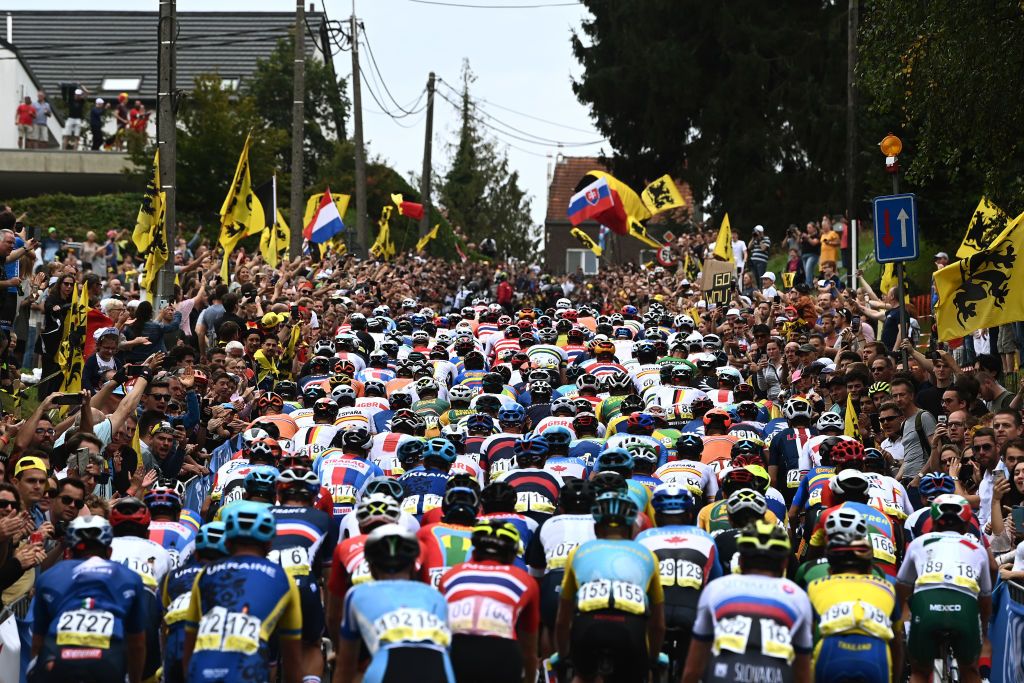 The organisers of the 2021 UCI Road World Championships in Flanders published a detailed sustainability report on Tuesday, for the first time measuring the carbon footprint of the event at 2,292 tonnes of CO2.

The total is equivalent to “the annual carbon footprint of 265 Belgian citizens or 1,380 return flights from Brussels to New York”. While travel accounted for over half of the emissions in the report, the study did not include the travel of spectators.

“From our candidacy in 2018, sustainability was one of the absolute core values for the world championship,” Christophe Impens of Flanders 2021 said. “After all, a sporting event of this magnitude also has an important social role. Together with a multitude of partners, we have made a very strong commitment to reducing our footprint, to greener mobility and to an inclusive event.

“We are of course very pleased that these efforts have had an effect and that this has been investigated and established so comprehensively for the first time.”

The report states that Flanders 2021 replaced “34 of its traditional thermic-based motor fuel vehicles with four electric vehicles and 30 hybrid vehicles” which helped to reduce the CO2 emissions from the race convoy, but the vehicles accounted for a tiny fraction of the overall carbon footprint.

The report did not measure the environmental impact of the travel of spectators, which, according to Clean Energy Wire, can account for more than 85 per cent of the greenhouse gas emissions of sporting events.

Although there has been criticism around pro cycling’s environmental impact, the numbers pale in comparison with other sports that attract more spectators and require fixed infrastructure.

Flanders 2021 rented most of its fixtures and its ‘stadium’ is the open road. The FIFA World Cup in Qatar next year is expected to produce 3.6 million tonnes of CO2, according to the BBC.

“As the world governing body for cycling, the UCI is committed to reducing the impact of its operations on the environment and collaborating with stakeholders to achieve significant changes within the sport,” Lappartient said.

“I therefore congratulate and thank Flanders 2021 and its partners for recognising the absolute importance of sustainability with the delivery of a strategy that covered numerous aspects of the organisation of the UCI Road World Championships.

“This report will act as a catalyst for change, providing future event organisers with valuable feedback, data and benchmarks to reduce the environmental impact – and at the same time enhance the social impact – of their events.”