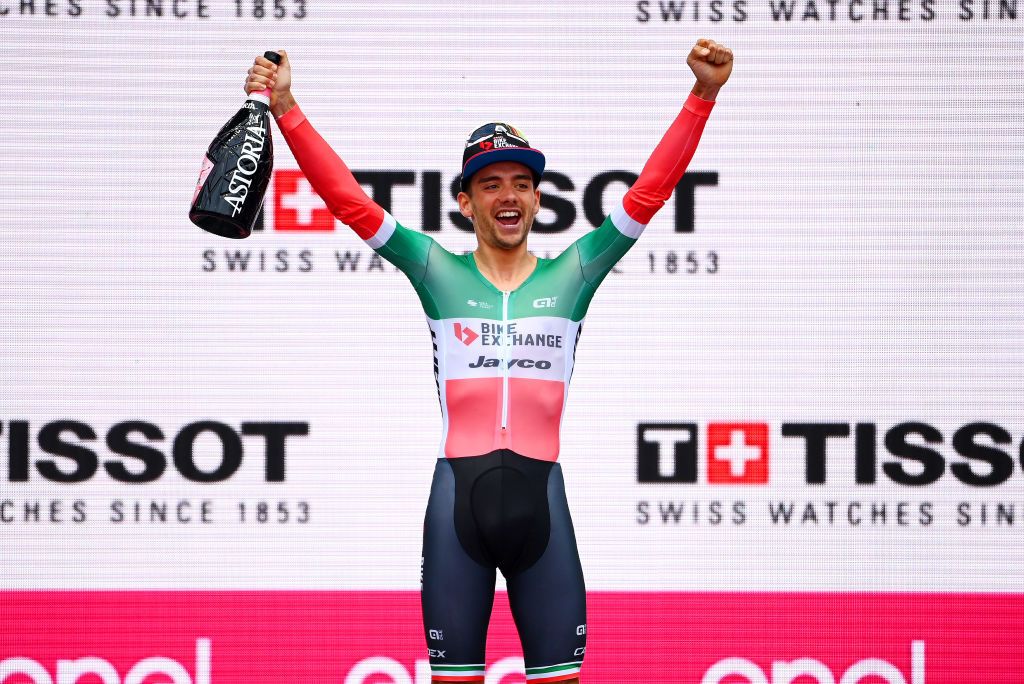 Watch the Giro d’Italia live and on-demand across discovery+ (opens in new tab), GCN+ and Eurosport

At the start of Sunday’s final stage of the Giro d’Italia just 17.4 km stood between Jai Hindley (Bora-Hansgrohe) and a firm grip on the maglia rosa, which had slipped through his fingers two years ago. This time, however, he had a clear buffer so it was a strong but careful time trial that led him toward the pink carpet running into the Verona arena to claim victory at the Italian Grand Tour.

The first Australian to win the Giro d’Italia only ceded seven seconds of his lead to pre-race favourite Richard Carapaz (Ineos Grenadiers) on stage 2. Hindley had a winning margin of 1:18, while Mikel Landa (Bahrain Victorious) finished in third, 3:24 back.

The stage win went to Matteo Sobrero with the Italian time trial champion carving out an impressive 23 second gap to his nearest rival, Thymen Arensman (Team DSM), on the testing loop to the north of the city with technical corners, rough surfaces and a gradual 4.5km Torricelle climb mid-stage.

Watch the highlights above to see all the action.