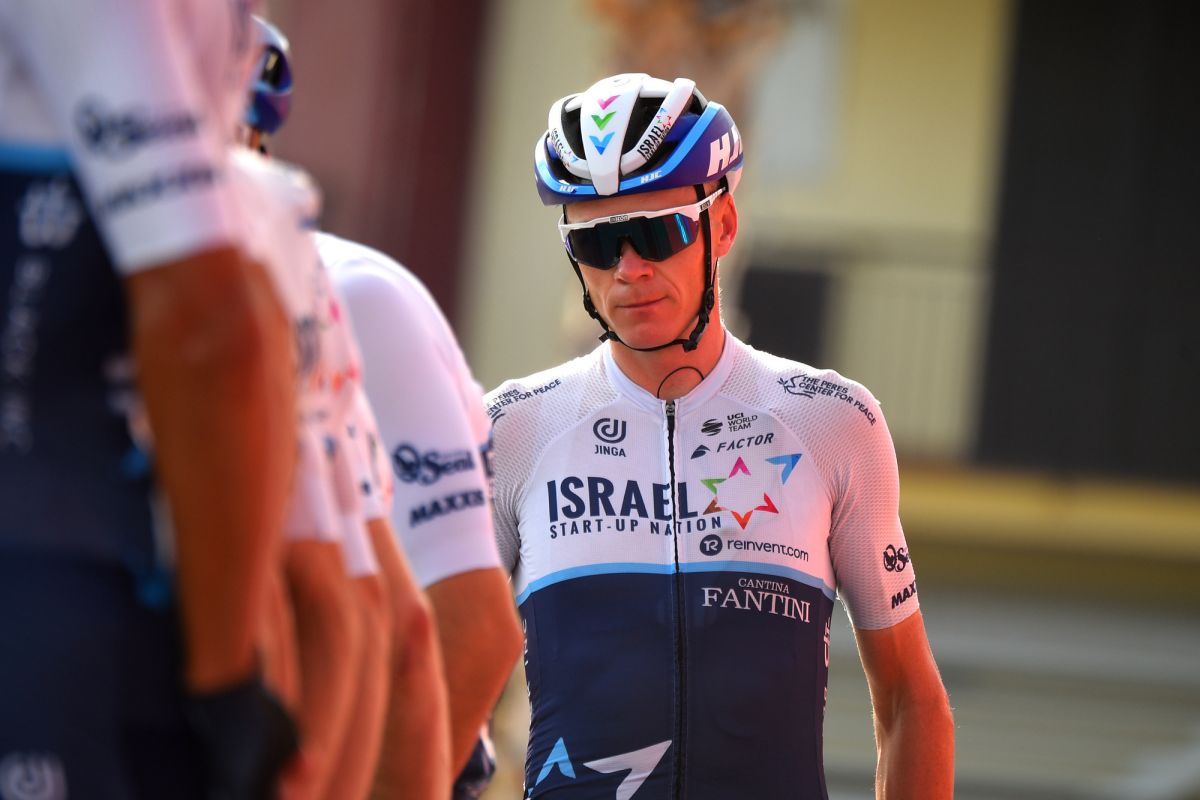 Chris Froome (Israel Start-Up Nation) says he has encountered a setback in his early season training. Suffering from knee pain which he attributes to training too hard, too soon after his offseason break, the Briton says he will have to take a full week off the bike.

Froome, a four-time Tour de France winner, explained on his personal YouTube channel that he is having pain caused by inflammation of his tensor fascia latae, a small muscle that attaches to the iliotibial band and is involved in hip flexion, abduction, and internal rotation as well as knee flexion and lateral rotation – movements that are all crucial for cycling.

“For the last ten days or so I’ve been getting quite a lot of pain on the outside of my knee while I’m pedaling,” Froome says while touching his right knee. It is the same leg where he fractured the femur in his dramatic crash while reconnoitering the Critérium du Dauphiné time trial in 2019.

“The scans have basically shown that I’ve damaged my TFL tendon (sic), which is where the IT band connects on the side of the knee.

“Unfortunately I think getting back into training these past couple of weeks I might have been a little bit too keen, pushing a little too much. This was after a few weeks off the bike and maybe the body wasn’t ready to push that hard. It’s flared up and caused a bit of inflammation.”

Froome has not been able to get back to the level that won him seven Grand Tours since his crash but the 36-year-old said he hoped to get back to a competitive level in 2022.

The knee injury will keep Froome from ramping up his training for the next few weeks, and has made his early season racing plans uncertain.

“It’s quite sensitive. I have to take the best part of a week off the bike completely before starting very gradually without loading it for the best part of two to three weeks after that,” Froome says.

“It’s definitely a setback for me. I’m not too sure where I’m going to start the racing season. This is definitely going to push everything back slightly.

“It’s unfortunate but I’m going to have to make the best of it and keep working on things that I can work on off the bike – make sure to do a lot of core work, strengthening muscles I can work on without stressing that tendon further.”