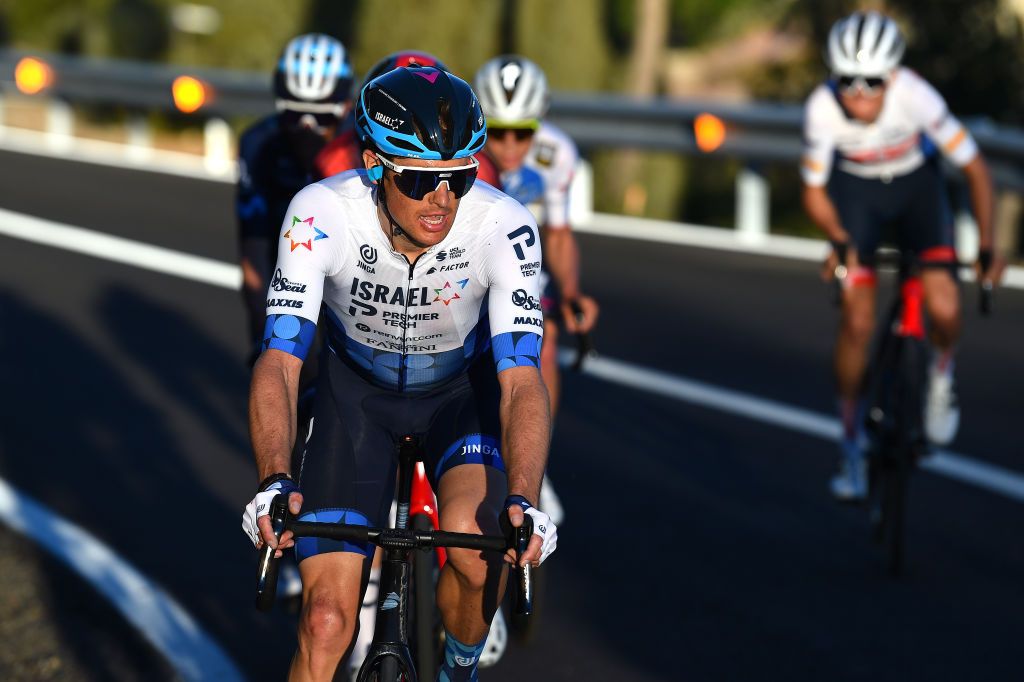 Jakob Fuglsang claimed his first victory for Israel-Premier Tech on Tuesday, soloing to victory at the Mercan’Tour Classic Alpes-Maritimes as Michael Woods made it a team one-two 31 seconds later.

Fuglsang, who signed from Astana last winter, attacked 6km from the summit of the final climb of the Col de Valberg and soloed home.

Woods then marked a counter-attack from David Gaudu (Groupama-FDJ) all the way to the top before picking the Frenchman off in the sprint to the line for second place.

“I don’t think we could have played it better,” Woods said. “First and second, it’s really sweet.”

Israel-Premier Tech played the numbers game to great effect but it was something of a turning of the tables. Until 7km from the top of the Col de Valberg, Gaudu’s Groupama-FDJ teammates had dictated proceedings for much of the day.

The day’s five-man breakaway had survived over the Colmiane but FDJ got to work on the Couillole and shredded not only the gap but the entire peloton. There was an eye-catching performance from 18-year-old Lenny Martinez, promoted from FDJ’s U23 squad for the day, who set the pace for the final 5km of the hors-catégorie climb.

By the top, only 13 riders were with him, including FDJ teammates Gaudu, Thibaut Pinot, and Sebastian Reichenbach. Israel also had numbers, with Chris Froome producing one of his best displays in years to accompany Fuglsang and Woods.

The group stayed together on the descent to the Valberg, where Pinot sacrificed himself and Martinez offered up a final turn. Reichenbach then led the way before pulling aside with 7km to go. However, it wasn’t Gaudu who attacked, and that lull allowed Israel to turn the tables. Woods was the first to accelerate and when Gaudu shut it down, Fuglsang wriggled through and set off, never to be seen again.

Gaudu, slightly boxed in at the time, waited before launching his response. When he looked around, the group was in tatters behind but Woods was on his wheel, putting him between a rock and a hard place. He did not complain about the passenger in his wheel but nor was he able to make inroads on Fuglsang on the upper reaches of the climb.

Fuglsang crossed the line alone for a victory he said offered him some “relief”, his last win coming at Il Lombardia in the summer of 2020.

“It’s been quite some time now,” he said. “And the start of the season was a bit difficult so I’m super happy and relieved to be able to win the race today.”