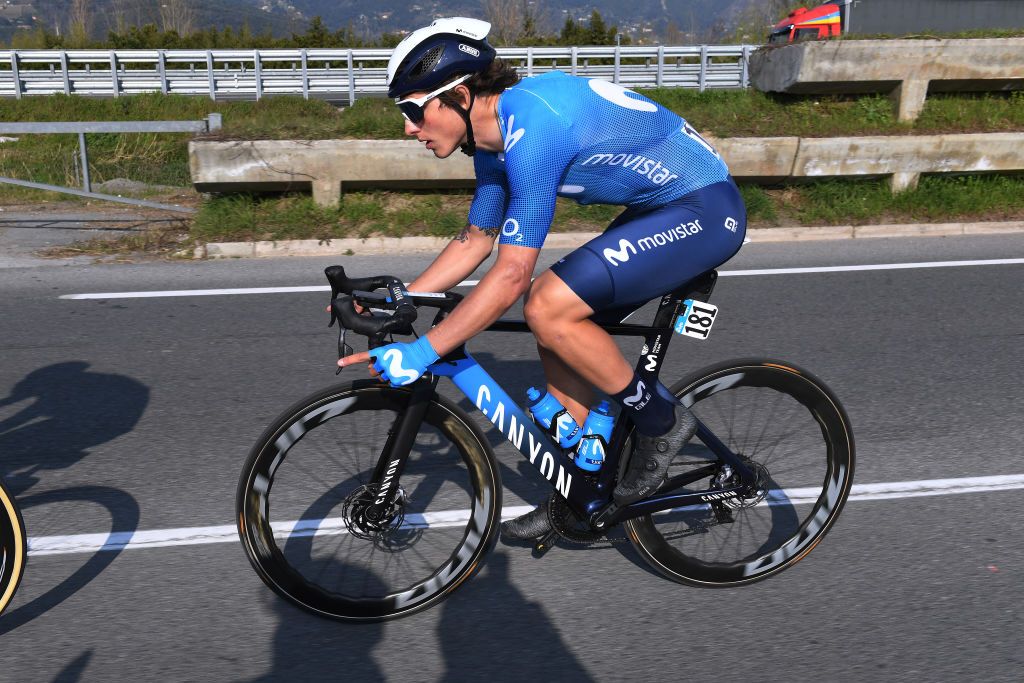 Ivan García Cortina racing on the bike that has now been stolen (Image credit: Getty Images)

Ivan García Cortina claims to have been victim of a bike theft in Girona, Spain, appealing for any sightings of his Canyon Aeroad.

The Movistar rider took to social media to announce that his bike had been taken from him in the Catalan city in north east Spain on Friday.

He even had some idea of the culprit, believing it to be a ‘middle-aged man’ who took the bike while it was parked during a coffee stop on a training ride.

Cortina posted a series of videos from a training ride in Girona on his Instagram feed on Friday morning, where his is seen riding his team-issue Aeroad CFR.

However, a subsequent post features an old photo of bike with the caption: ‘Stolen in Girona’.

“If anyone sees it, please contact me,” he added.

In a separate post, Cortina’s partner, fellow cyclist Carla Nafría de Miguel, gave more details, explaining that the bike had a Cordel bar bag and Silca saddlebag, as well as a rear light in the shape of a pair of ‘eggs’ – Spanish slang for testicles.

“We believe it was a middle-aged man who stole the bike,” she said, adding that it was taken near the Oniria cafe in the heart of Girona, presumably while Cortina was enjoying a coffee stop.

Cortina is not the first pro to have been robbed of his bike in recent weeks. Geraint Thomas had his Pinarello Dogma F stolen in the French Rivieira last month, also while on a coffee stop.

The former Tour de France champion had to get a taxi home but, after a similar appeal on social media, was reunited with his bike the very same day.

Cortina, a Classics rider and fast finisher, had a disappointing first season with Movistar after his switch from Bahrain Victorious. He had shown much promise in the early years of his career and was a key part of the Spanish team’s plans for 2021 but was unable to land a victory in his debut campaign.