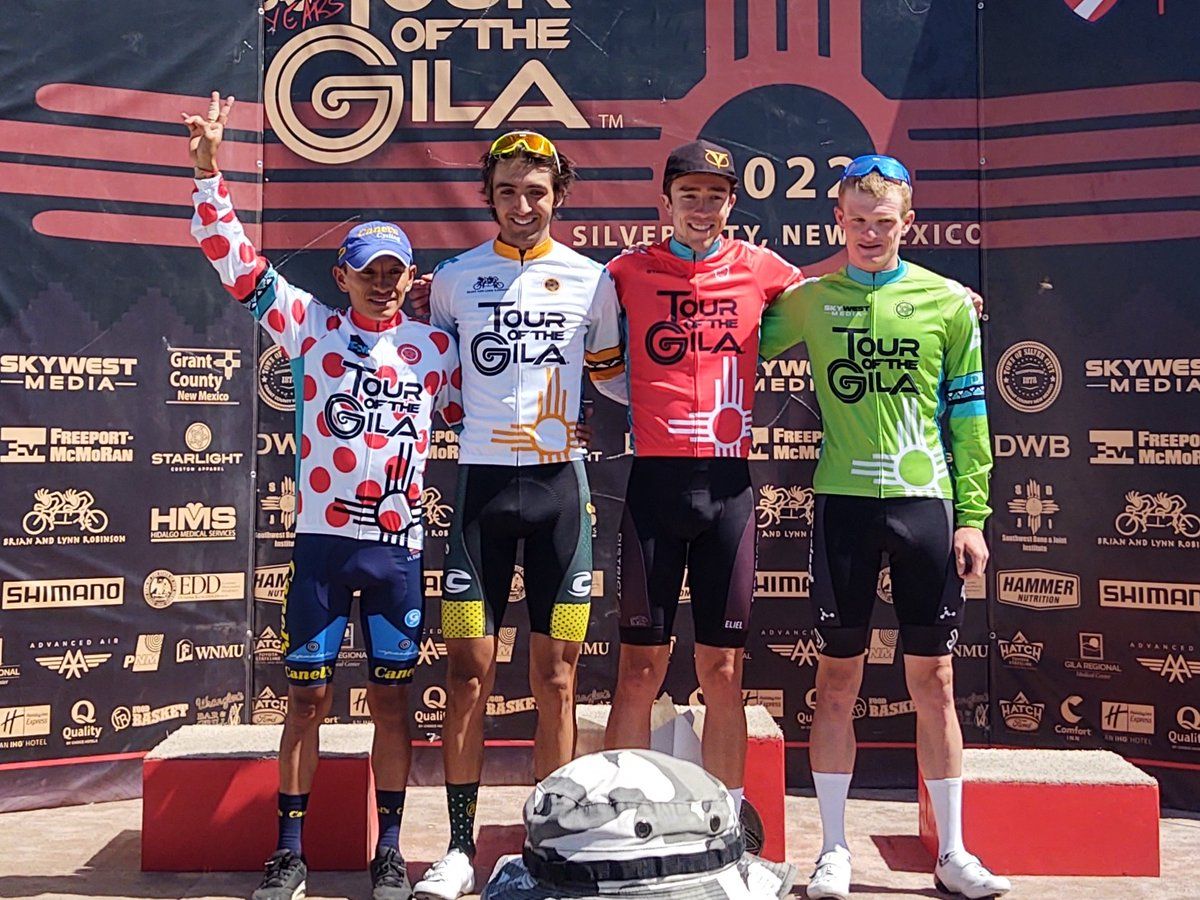 Gardner’s performance led to an overall victory at the Tour of the Gila, overhauling overnight leader Matteo Dal-Cin (Toronto Hustle) on the final day of racing.

The Tour of the Gila concluded on stage 5 with a challenging 162km race from Silver City to the summit of the 11km climb to Piños Altos on Sunday. The Gila Monster stage included 9,131 feet of climbing and the steepest climb topped out at an elevation of 7,493 feet, two intermediate sprints and five categorised climbs that culminated at Piños Altos.

The breakaway pushed their lead out to 1:30 ahead of the first intermediate sprint that was located at just 14km into the race with Monk taking the full points.

The first ascent came at 22.4km into the race and Arnopol led the breakaway over the top as they increased their lead to nearly five minutes on the main field. Klein was the highest place on GC at eight minutes back, and so the move was not a direct threat to the overall classification contenders.

The second intermediate sprint was at Camp Thunderbird at 53km mark and Hardin took the points.

The men’s route then turned on to the second ascent, and 11km climb to Copperas Vista of the Gila Cliff Dwellings, that crested at the 88km mark where Arnopol again crested the ascent first to take the mountain points.

Three riders from the breakaway Klein, Hardin and Monk, separated themselves from the others on the third ascent that crested at the 121km mark before descending toward Sapillo Creek.

The trio only had 1:20 on the reduced field and they were caught inside the final 30km of the race.

The race then climbed to the fourth ascent at Wild Horse Mesa at the 138km mark where Parra took the mountain points ahead of Røed, and his Canel’s ZeroUno teammates Efren Santos and Corte, along with SC Velo’s Gardner.

Garner was the highest placed in the overall classification at 2:07 behind Dal-Cin at the start of the day.

Canel’s ZeroUno led the select group onto the final climb, attacking until two teammates cleared the breakaway. Corte out-sprinted his teammate Parra to take the stage win, with Gardner in third and Røed in fourth.