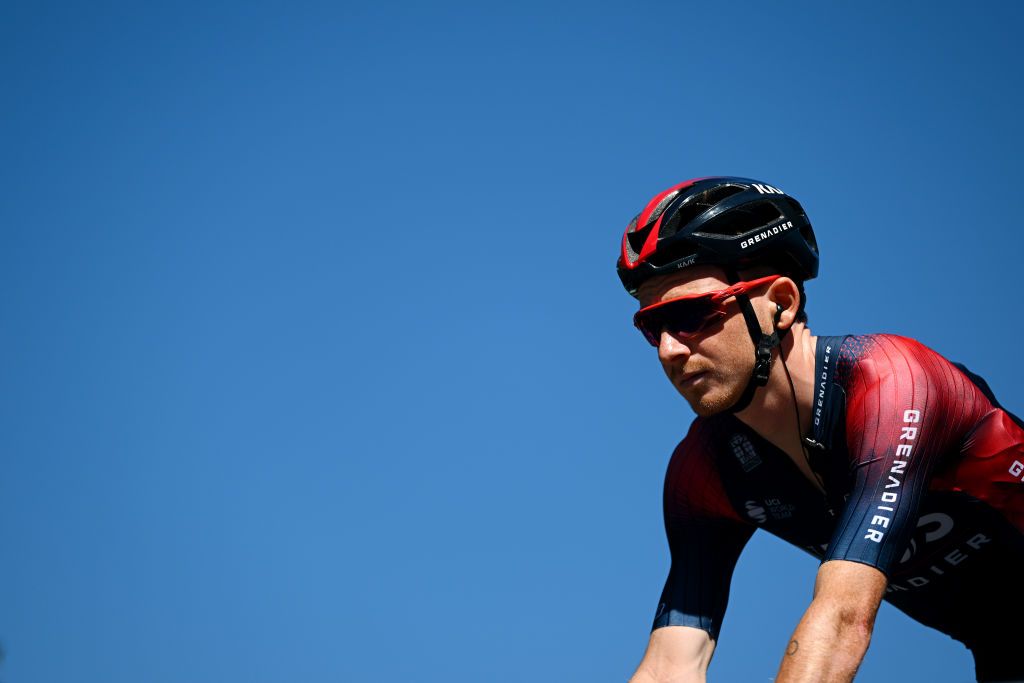 Tao Geoghegan Hart is currently in action at the Critérium du Dauphiné, and in a strong position, but unlike many of the riders here, this is not a stepping stone to the Tour de France next month.

At least, that’s highly unlikely. On Friday, the 2020 Giro d’Italia winner all but ruled himself out of contention for a spot in Ineos Grenadiers’ squad for the Grande Boucle, but didn’t definitively do so.

“I don’t know,” was the Briton’s succinct answer when discussing the matter with Cycling News in Rives ahead of stage 6 of the Critérium du Dauphiné.

As for whether this weekend’s mountain stages were a sort of proving ground, a chance to bag a spot through a Dauphiné podium or top-five, he added: “It’s not about that.”

While suggesting he was in the dark and not totally sure of his plans, Geoghegan Hart did drop a hint that he won’t be back in this area when the Tour comes to town next month.

“After this I’ll probably have a break for a while,” he said. “I’ll try to make the most of this weekend and see what happens next.”

Unlike last year, Ineos’ Grand Tour plans were not explicitly and publicly laid out at the start of the 2022 season, and as such there has been a slight air of mystery over the schedules of their leading riders.

Geoghegan Hart confirmed he was in line for a return to the Giro d’Italia, but two bouts of sickness held him back. Now, a Tour berth appears unlikely, and he is similarly in the dark over the Vuelta a España, which would represent the final opportunity to get a Grand Tour in his legs this season.

“I don’t know. You’re asking me a question I can’t answer,” he said in regards to looking ahead to the Spanish race.

For all the uncertainty, Geoghegan Hart is riding well, perhaps as well as he has since he won the Giro.

The season and a half since have been hampered by crashes, injuries, and illness, but he placed fifth at the Tour of Norway last month and now finds himself seventh overall and in podium contention at the Dauphiné.

“I haven’t really prepared specifically for this race. There wasn’t any time after Norway, just recovery. I had a nice relaxing few days in Annecy with a few rides. I tried to recon the last stage but it was five degrees and rain on the top of the Colombière so I ended up in a bar shivering in my lycra instead.

“I’m definitely not at my best level here but I’m at least going in the right direction. I’m happy to be just in the front with how little training I’ve done, to be honest.”