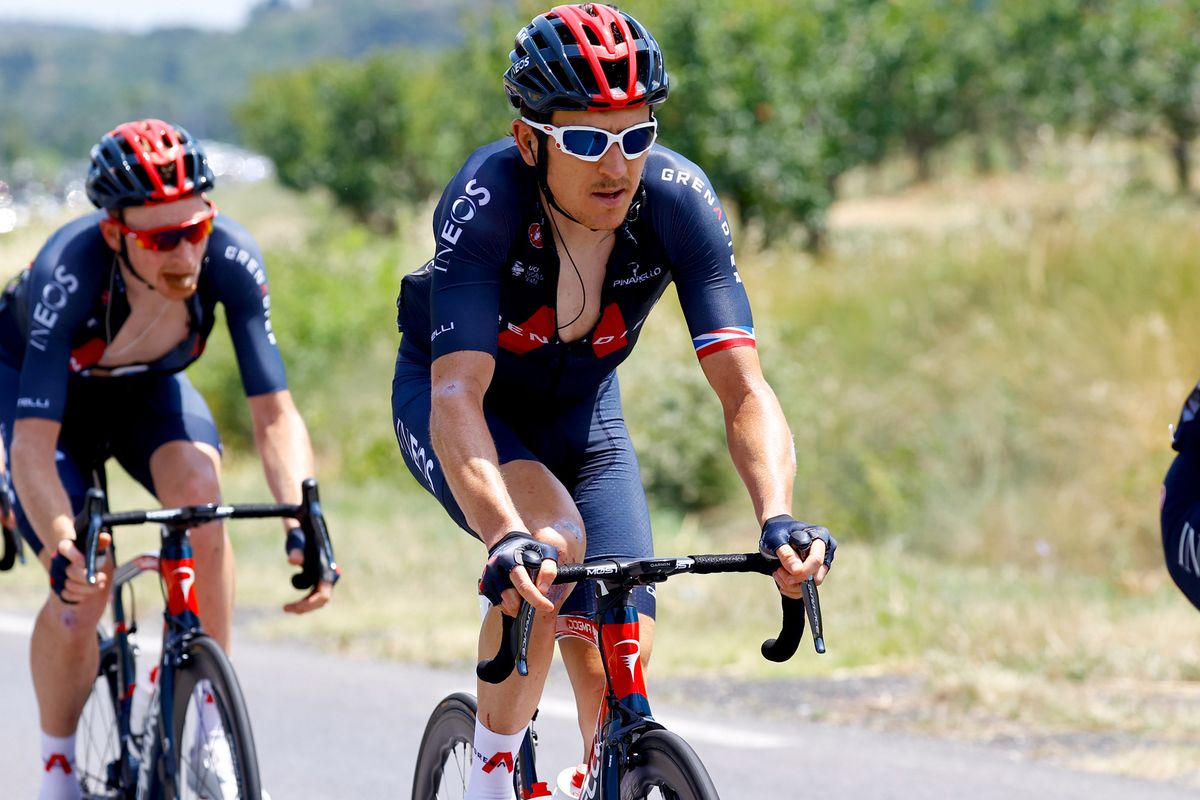 Geraint Thomas has revealed that his Pinarello Dogma F team issue bike was stolen during a training ride along the French Riviera.

The Ineos Grenadiers rider posted a photograph of himself on social media from the back of an Uber rideshare as he returned to his base in Monaco.

“Lovely ride. Lovely coffee stop in Menton. Except someone nicked my bike,” Thomas wrote, including a photo of himself with a very angry expression on his face.

“Now in an Uber home. It’s a Dogma F with F12 stickers. Random miss matched wheels and in need of a wash #oneofakind.

He added in a second message: “Plus I haven’t downloaded my Garmin this week If it ain’t on TrainingPeaks it didn’t happen, right?”

Thomas recently returned to the south of France to start his training for the 2022 season. He shared images of his first rides near Monaco and on Sunday had pushed along the coast to Menton, close to the French border with Italy.