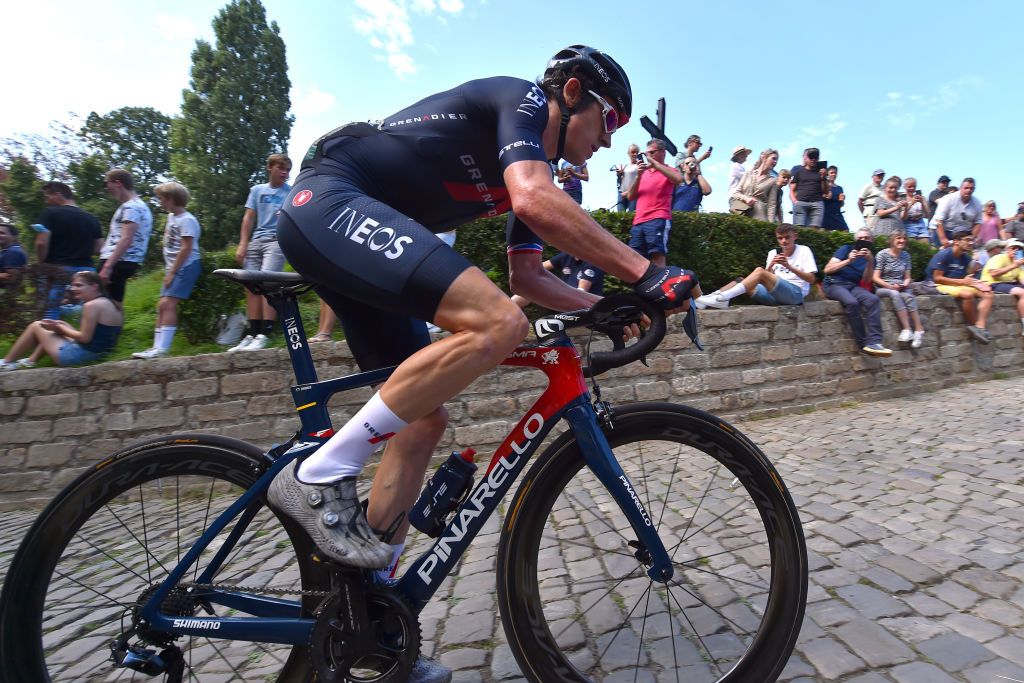 Geraint Thomas took to social media late Sunday afternoon to report that his stolen Ineos Grenadiers-issued road bike had been recovered just three hours after he reported the theft.

The Pinarello Dogma F, which had gone missing when Thomas made a stop for coffee on a training ride along the French Riviera in the town of Menton, wasn’t gone for long, however, with Thomas soon posting a photo expressing gratitude to the Menton Police for the speedy recovery.

“Look what showed up!! Boy have I got a good story for you on next week’s Geraint Thomas Cycling Club pod,” said Thomas in an Instagram post. “Big thanks to the Menton Police for their help All’s well that ends well,” he wrote, along with a selfie with three gendarmerie and his bicycle.

It appears that Thomas – who had noted in an earlier social post that he had not yet downloaded data from the week before the theft – was able to retrieve his Garmin as well, with a reply on his Twitter post to alert him that the bike had been recovered showing his bicycle computer in the picture as well.

The original social post on Sunday, which noted he had to hire a rideshare service to get home described his situation: “Now in an Uber home. It’s a Dogma F with F12 stickers. Random miss matched wheels and in need of a wash #oneofakind.”

Thomas recently returned to the south of France to start his training for the 2022 season near his home in Monaco, which is located on the coast next to Menton, close to the French border with Italy.

In October, 22 Pinerello bikes were stole from the Italian track team with two days to go at the UCI Track World Championships in Roubaix. The bikes, valued at around €600,000, were being stored in a van in the secure car park of the Italian team’s hotel in Lille. Among the items taken were four gold bikes used by Filippo Ganna and his gold medal-winning team pursuit teammates. All bikes were recovered in Romania by police a week later.

In September, the women’s squad with Team BikeExchange discovered their Bianchi bikes had been stolen the morning of stage 5 at the Tour de l’Ardeche. The riders used last-minute builds with other Bianchi frames and borrowed equipment to finish the race.