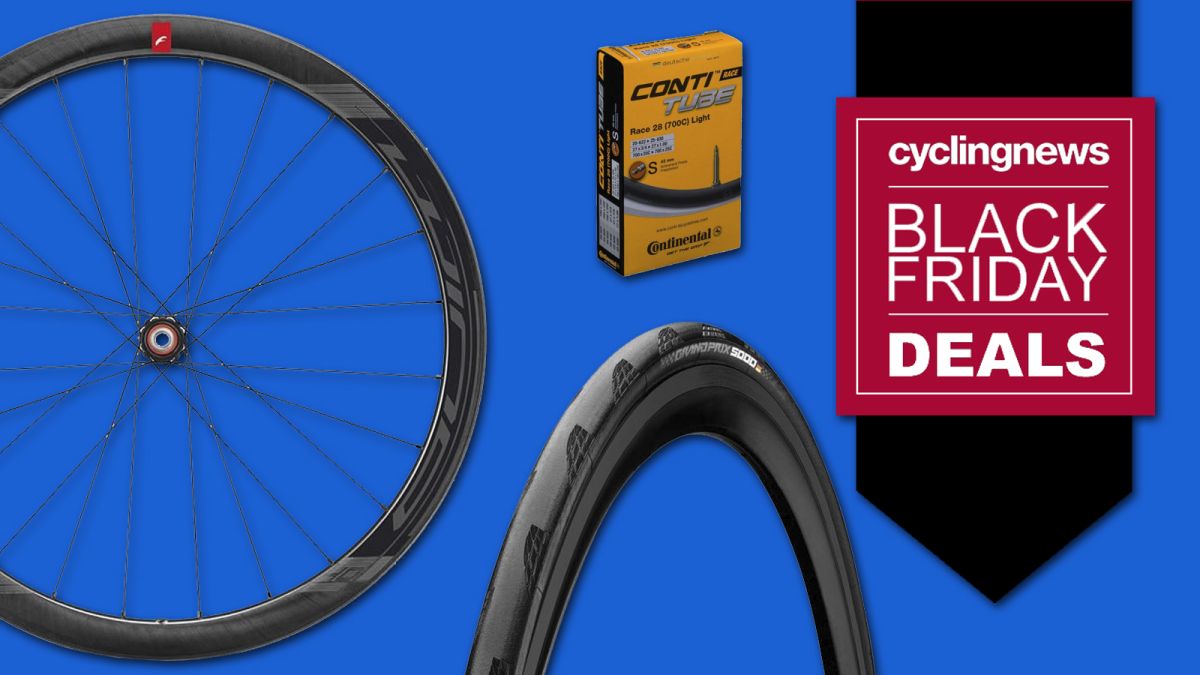 UK retailer Tredz is currently selling a set of carbon Fulcrum Wind 40 DB HG wheels, bundled with a pair of Continental GP5000 tyres and a couple of Continental inner tubes, for just £799.

Everyone knows that upgrading your wheels is a surefire way to make your bike feel brand new, while slapping on a pair of new tyres is going to make it even better. To be able to do that for less than £800 is nothing short of astounding, which makes this Black Friday deal from Tredz unmissable.

While Black Friday may seem to have been and gone, there are plenty of Black Friday bike deals still in effect and we anticipate they’ll be here all weekend, with Cyber Monday on the horizon. So if you’re looking for a way to fall back in love with your bike, be sure you don’t miss out on this bargain.

Fulcrum’s Wind 40 DB HG wheels are carbon-rimmed with a depth of 40mm for slicing through the wind (which is, if you’re currently based in the south west of England as this writer is, howling a gale outside today). The tubeless-ready rims have an internal width of 19mm and 27mm external, making them compatible with tyres between 23 and 50mm wide. They weigh just 1,620g for the pair and once you’re running them, they can give your road bike a whole new feel.

Meanwhile, Continental’s Grand Prix 5000 foldable tyres are an ever-popular choice for roadies, and they’re known for being great allrounders in the field, thanks to their reduced rolling resistance, increased puncture protection, and lighter weight than many of their competitors. To have a set of 700x25mm Conti GP5000s added into the mix, alongside two Continental Race 28 60mm tubes, just sweetens the deal all the more.

Mildred is a Reviews Writer for Cycling News who loves all forms of cycling from long-distance audax to daily errand-running by bike. She does almost everything on two wheels, including moving house, and started out her cycling career working in a bike shop. For the past five years she’s volunteered at The Bristol Bike Project as a mechanic and session coordinator, and now sits on its board of directors. Since then she’s gone on to write for a multitude of cycling publications, including Bikeradar, Cycling Plus, Singletrack, Red Bull, Cycling UK and Total Women’s Cycling. She’s dedicated to providing more coverage of women’s specific cycling tech, elevating under-represented voices in the sport, and making cycling more accessible overall.