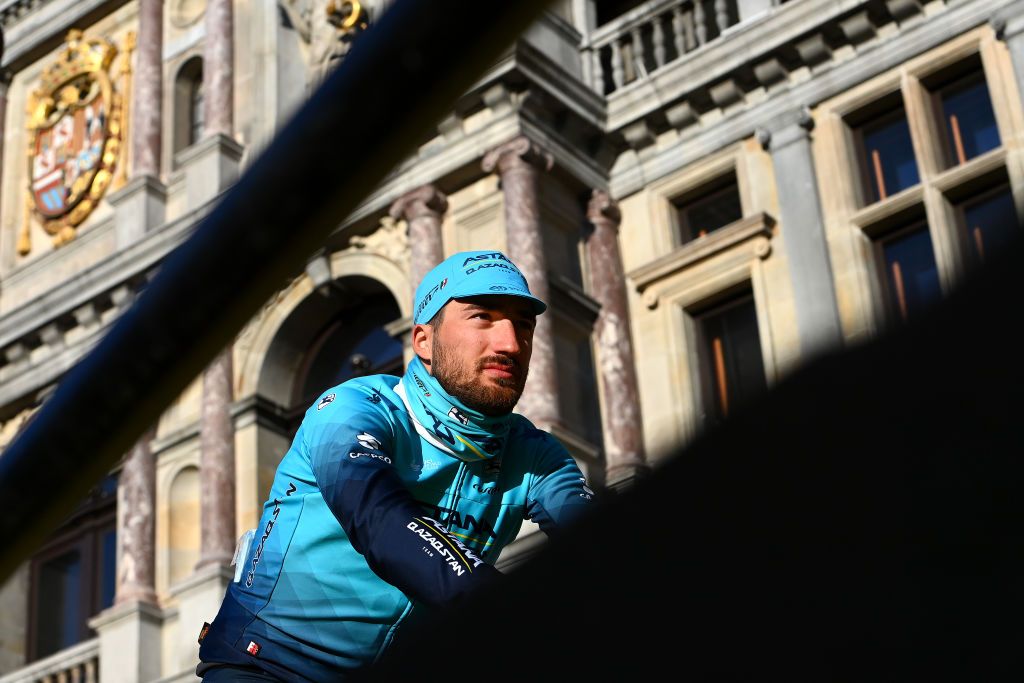 After struggling for form so far during the spring Classics season, Gianni Moscon has decided to call an end to his campaign, missing out on Paris-Roubaix as a result.

The Italian finished fourth at last year’s wet edition of the race, but Moscon hasn’t made an impact on the cobbles this season, having failed to finish at his last four races in Belgium, including Sunday’s Tour of Flanders.

Moscon, who moved to Astana Qazaqstan from Ineos Grenadiers on a two-year deal over the winter, said that his condition has been “sub-zero” during this spring.

“My northern campaign is in the archives,” Moscon wrote on Instagram. “My condition is sub-zero, but as always I gave everything that could be given, though it was very little this year.”

Moscon’s season started badly when he lost three weeks of training after testing positive for COVID-19 and then suffering a bout of bronchitis to boot. He recovered to make his season debut at Omloop Het Nieuwsblad in late February but has rarely cracked the top 100 of results sheets during his 16 days of racing so far in 2022.

A DNF at Flanders capped a miserable run of racing in Belgium which saw him finish 134 th at the Classic Brugge-De Panne before failing to finish at the E3 Saxo Bank Classic, Gent-Wevelgem and Dwars door Vlaanderen.

Moscon is well-suited to Paris-Roubaix, having finished fifth in 2017 before his fourth place last October after an unlucky late puncture. However, the 27-year-old has instead chosen to forgo the race and focus on getting to full fitness and form for later goals.

“I continue to struggle for condition, which has now become an ever more distant mirage,” he wrote on Instagram following Dwars. “As soon as possible I will take a rest period to improve my condition. I will be back. You never give up.”