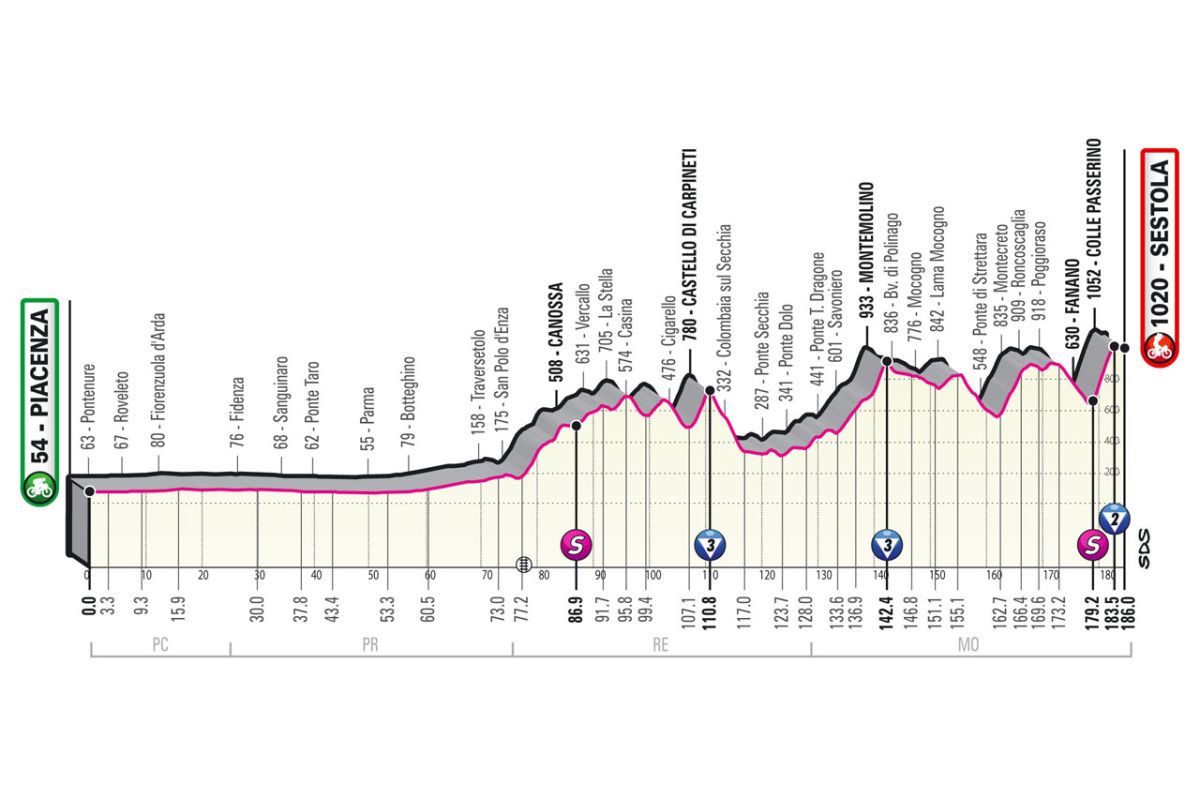 Like the day before, this is a stage of two halves. The first is flat as the race heads south-east from the start in Piacenza to reach Parma, and the second is very rolling indeed as the riders head into the Apennines and bump their way to the finish in Sestola, where Giulio Ciccone took the first big win of his career in the 2016 corsa rosa. It looks like the first really good opportunity for a breakaway to go the distance.

The route begins to climb from the 77km mark, rising gently to begin and heading to the arrival at the first intermediate sprint in Canossa. Rolling onwards, the riders soon approach the first categorised climb of the day, the third-category ascent to the Castello di Carpineti, the final 2km averaging close to 11 per cent.

A sharp drop follows, then the route begins to climb gently again, the gradient gradually increasing as the road winds up through woodland to reach a third-category summit at Montemolino. From this point, 44 kilometres remain to the finish and there’s barely a flat bit of road at any intervening point.

After dropping to Fanano, location of the second intermediate sprint, the riders will reach the final and toughest climbing test of the day. Rising for four kilometres at 10 per cent, the narrow, twisting road climbs to the Colle Passerino. If a break is still away, it’ll split apart here, its strongest members well aware that from the top there’s little more than two gently-descending kilometres into the finish. There’s likely to be splits between the GC contenders too, with the best climbers sure to give their all in an attempt to gain some useful seconds, knowing there’s a comparatively straightforward sprint stage to come the next day.