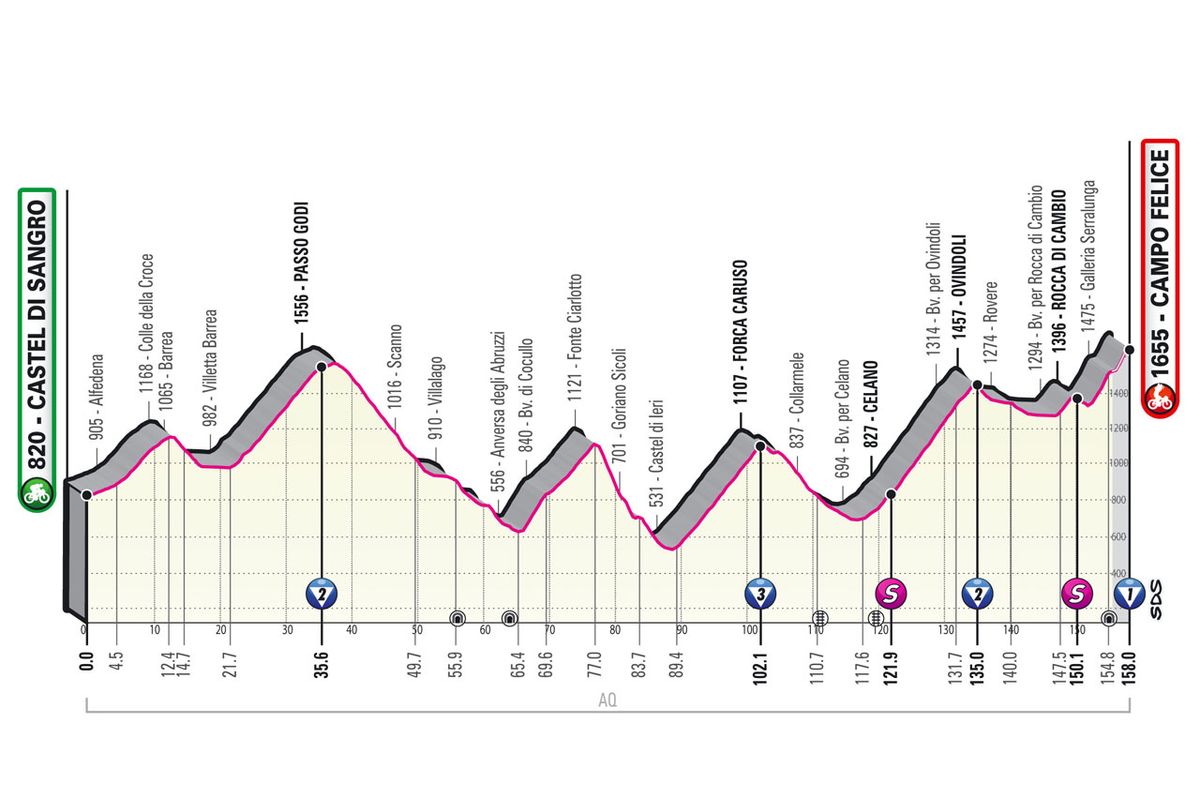 There’s the same amount of climbing today as yesterday, but it’s packed into a shorter stage with a much more difficult finale at the ski station of Campo Felice. It begins in the small Abruzzo town Castel di Sangro, renowned for the exploits of its football team in the 1990s that American writer Joe McGinniss wrote about so engagingly in his book The Miracle of Castel di Sangro.

Will this stage produce a miracle of its own? Perhaps, as there are six climbs on the menu, two of them uncategorised, and very little valley riding at all. The first begins right from the start, the road rising quite gently to the Colle della Croce. After a short descent, a more difficult climbing test looms in the form of the second-category Passo Godi, which extends to 14km and averages 4 per cent.

After more than 30km of steady descent, the route kicks up again to Fonte Ciarlotto, the second uncategorised climb of the day, then drops immediately to the second climb counting towards the mountains jersey, the third-cat Forca Caruso, 14km long but never getting much above 5 per cent. From here, the riders will follow a shallow descent into the first intermediate sprint at Celano.

This marks the start of the stage’s decisive final section, which begins with another longish (14km), but steady (4.5 per cent) ascent to Ovindoli, which tops out with 23km remaining. The first half of this final section is gently downhill, before the route kicks up into the second intermediate sprint in Rocca di Cambio, which is followed by a brief drop to the foot of the final climb, category 1 this time.

Six kilometres remain, the gradient moderate to begin with, then sharpening drastically as the road exits a tunnel and, soon after, follows a very steep stretch of gravel road for 1.8km to the line, which should create some significant gaps between the maglia rosa favourites.