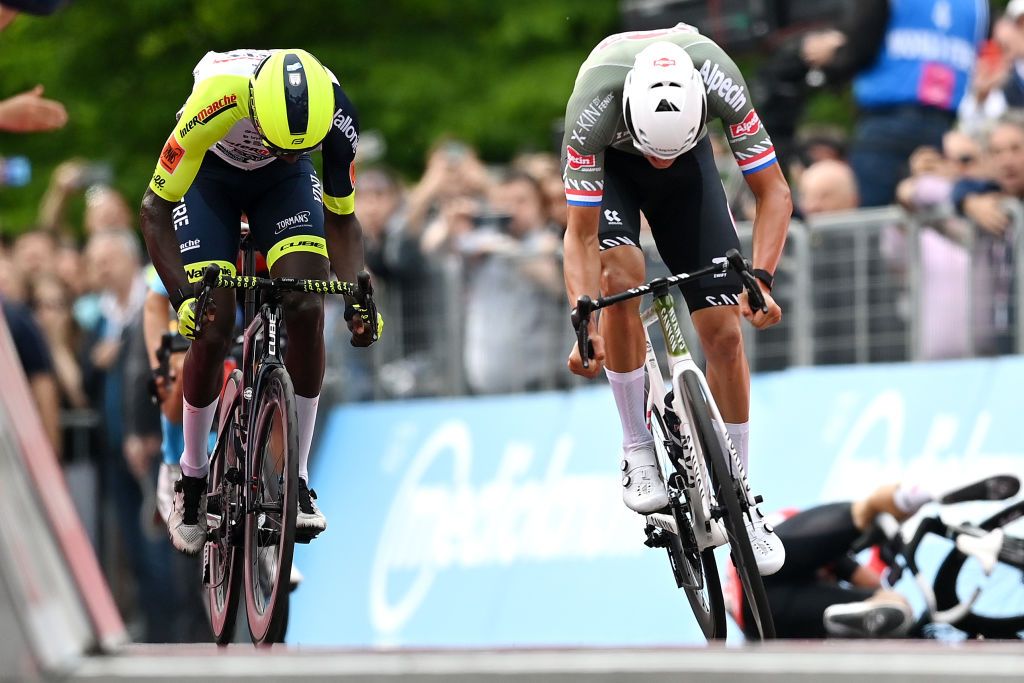 It was an action packed finale to the opening stage of the Giro d’Italia in Hungary, which ended with a tight battle to the line in the uphill sprint between Mathieu van der Poel (Alpecin-Fenix) and Biniam Girmay (Intermarché-Wanty-Gobert).

Van der Poel claimed the first pink jersey of the 2022 Giro d’Italia in the two-way battle, which looked set to be a three-way contest before Caleb Ewan (Lotto Soudal) crashed within sight of the line.

Pello Bilbao (Bahrain Victorious) took third, ahead of Magnus Cort (EF Education-EasyPost), in the stage which ended at the hilltop fort at Visegrád with a final 5.5km at 4.2 per cent.

GC contenders Wilco Kelderman (Bora-Hansgrohe), Richard Carapaz (Ineos Grenadiers) and Bauke Mollema (Trek-Segafredo) took fifth to seventh in the 195km stage from Budapest, opening a four second gap on many rivals after a split occurred amid the chaos of the climb and crashes.