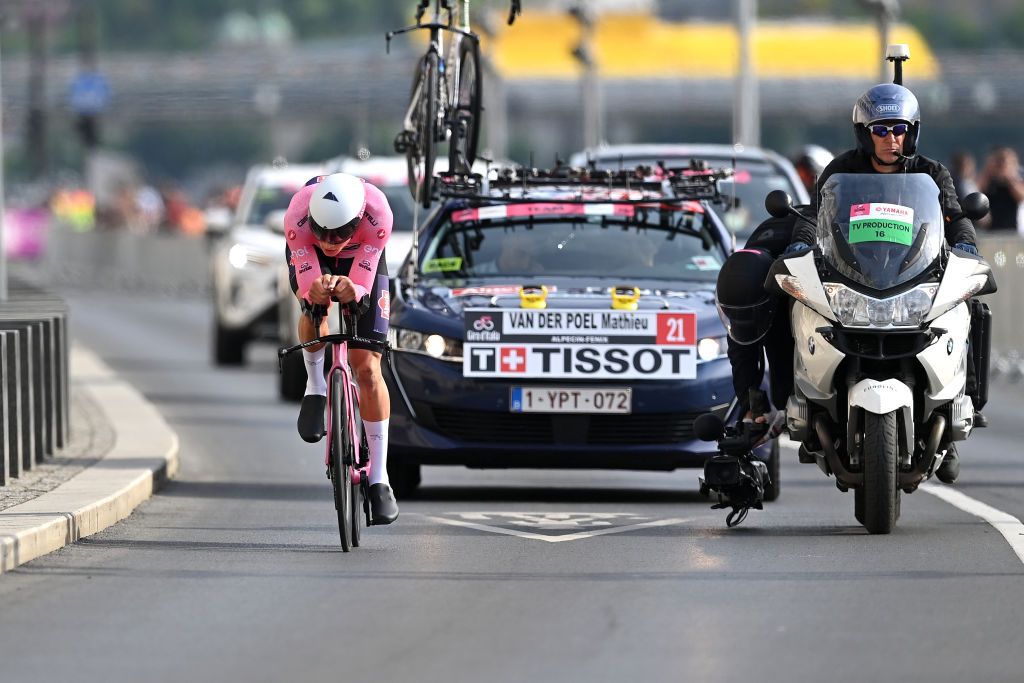 Two Dutchmen put on a show at stage 2 of the Giro d’Italia in Hungary, and in the end it was Briton Simon Yates (BikeExchange-Jayco) who took the victory in the 9.2km time trial across the Danube.

Among the late riders on the course, with its twisting path in Budapest with a 1.3km climb to the finish, Dutch champion Tom Dumoulin (Jumbo-Visma) set a blistering pace of 11:55. But just one rider later, Yates crashed the former TT World Champion’s aspirations for victory by finishing five seconds faster.

It was then up to the final rider on the course, race leader Mathieu van der Poel (Alpecin-Fenix) to find a way to take another win and retain the pink jersey. He finished three seconds behind Yates to keep the maglia rosa.

Yates vaulted up second place overall, trailing Van der Poel by 11 seconds, while  Dumoulin is now third at 16 seconds. Wilco Kelderman (Bora-Hansgrohe) was among the top GC favourites to move to fourth at 24 seconds. The strong performance by Yates have made many of the other GC riders wary, such as Richard Carapaz (Ineos Grenadiers) and Romain Bardet (DSM) who are now in 14th and 15th, respectively, 35 seconds down on Van der Poel and 24 seconds down on Yates.