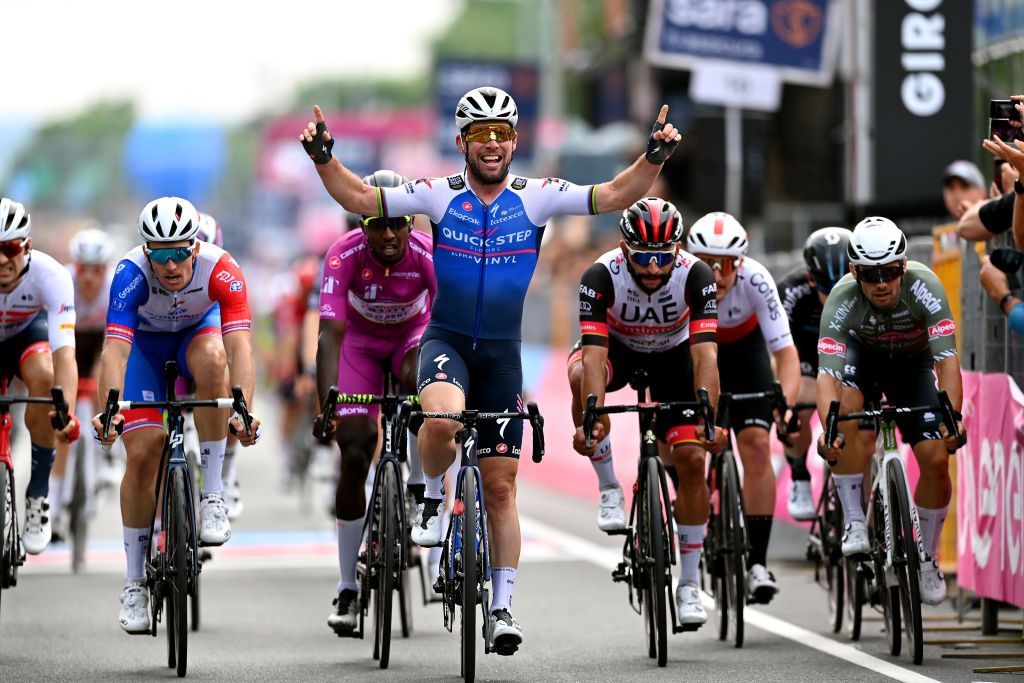 Mark Cavendish (QuickStep-AlphaVinyl) made a statement with a victory on stage 3 of the 2022 Giro d’Italia on Sunday. He last appeared at the 2013 Giro d’Italia and won five times that year, and also took the points classification. Nine years later, the Manxman returned to the Italian Grand Tour and put on a show of speed for his 16th career victory at the Giro.

On the shores of Lake Balaton with two kilometres remaining in the 201km final day in Hungary, QuickStep-AlphaVinyl’s Davide Ballerini hit the front for a big pull, stretching the field, and teammate Michael Mørkøv went to work to lead out Cavendish, who ramped up his effort with 300 metres from the finish. But was it too soon?

Among the top sprinters surging to the front of the pack were Arnaud Démare (Groupama-FDJ), Fernando Gaviria (UAE Team Emirates) and Biniam Girmay (Intermarché-Wanty-Gobert Matériaux), who was wearing the purple points jersey. Cavendish held them all at bay and won handily, leaving Démare in second place, Gaviria in third, and Girmay just off the podium.

Race leader Mathieu van der Poel was in the fray, as he was working as the lead-out man for Alpecin-Fenix teammate Jakub Mareczko, who managed to finish fifth. Van der Poel would retain the maglia rosa as the GC standings did not see significant changes.