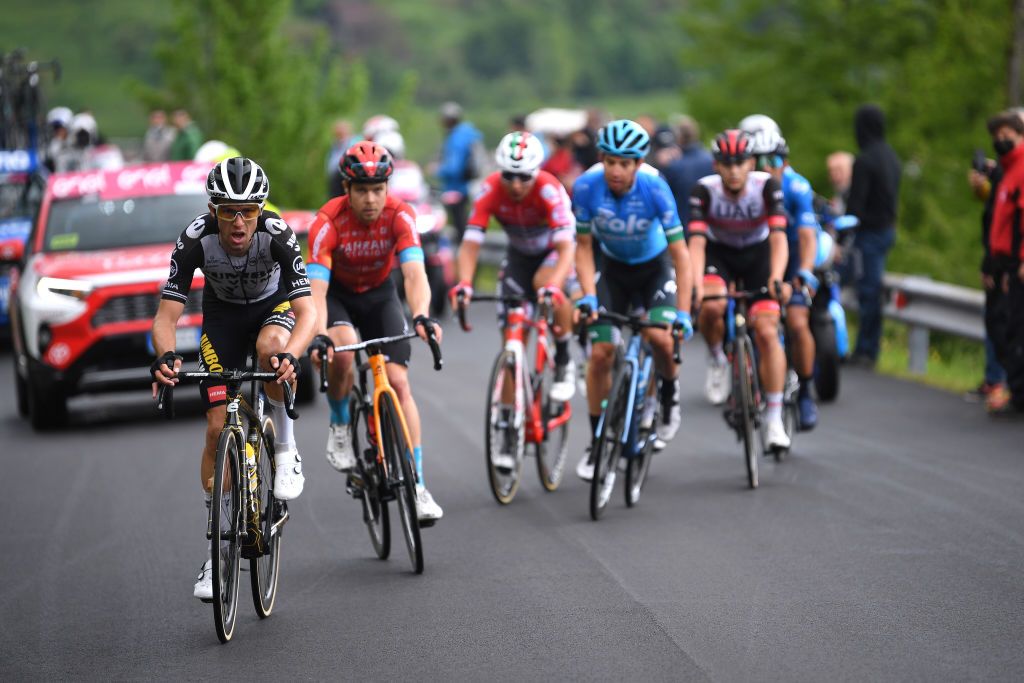 Jumbo-Visma leader George Bennett was once again in the Giro d’Italia break of the day during Saturday’s stage 14 up Monte Zoncolan, recording his second top 10 finish in three days after taking seventh place behind breakaway winner Lorenzo Fortunato (Eolo-Kometa).

After suffering up the double-digit gradients and terrible 20 per cent sections of the toughest climb in the 2021 Giro, Bennett came home 2:10 down on the Italian, the fifth man from the break to cross the finish line.

But if that wasn’t enough punishment for one day, the New Zealand road champion would find himself on his way back up the brutal climb, this time alongside Jumbo-Visma teammate Edoardo Affini.

“Shout out to the big dog Edoardo Affini for carrying the breakaway all day yesterday. Gutted not to pull it off in the end, there just wasn’t much left in the legs after that start. I will have nightmares of 200km full steam into a headwind for the rest of my life,” Bennett wrote in a post on Instagram on Sunday morning.

The Italian, who has second places in Turin and Verona to his name in the race, was in the break of the day alongside his teammate, putting in the hard kilometres on the front before dropping away on the lower slopes of the Zoncolan – much like Trek-Segafredo’s Jacopo Mosca did for Bauke Mollema.

It appears that Bennett was keen to repay his teammate for his efforts, riding back up the Zoncolan alongside the 24-year-old. He had descended the climb clad in a jacket and with a towel around his neck, ready to board his team bus and shower, but turned around upon passing Affini and accompanied his teammate back to the top.

“Unfortunately I didn’t have the legs to compete for the stage victory,” Bennett said on the Jumbo-Visma website. “It was a really tough stage. We went full throttle from the start and there was a lot of headwind. We had to fight for every second to stay ahead. Edoardo was really strong and he deserves all the credits, because he made the difference on the flat. As a result I didn’t have the power anymore at the beginning of the Zoncolan.”

A photograph of the pair making their way up the climb together was later shared on Instagram by photographer Jered Gruber. Check below for his Zoncolan post.

Bennett now lies in 18th overall, 11:48 down on race leader Egan Bernal. He has said he’ll now target the mountain stages of the final week. “Hopefully that’s a bit more for me” he said after finishing third on stage 12 in Bagno di Romagna.