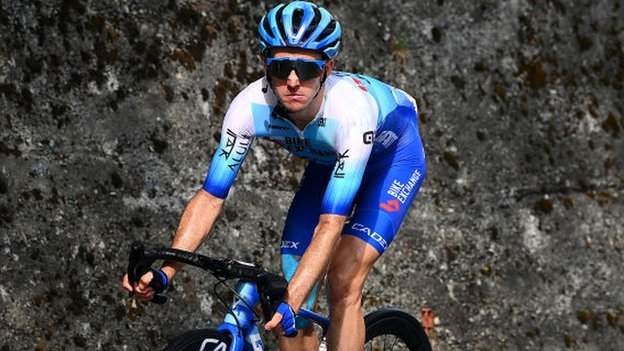 Britain’s Simon Yates has withdrawn from the Giro d’Italia because of an ongoing knee issue as Santiago Buitrago won stage 17.

Yates, 29, had won two stages in Italy, including one after crashing on stage four to Mount Etna.

However, the Team BikeExchange-Jayco rider has struggled with persistent pain and pulled out on stage 17.

Yates was 21st in the general classification, over half an hour behind race leader Richard Carapaz, having fallen significantly off the pace on the Blockhaus climb on stage nine when he lost over 11 minutes.

He is three seconds ahead of Australian Jai Hindley with four stages remaining.

“I think we’re happy. Every day, everything is being defined more, everything is clearing up in the general classification and I’m happy to have the jersey another day.

“Tomorrow will be an important day – we have to get through the remaining days, no day is easy and we’ve got a very difficult weekend coming up.”

Thursday’s stage 18 is a 146km ride from Borgo Valsugana to Treviso.