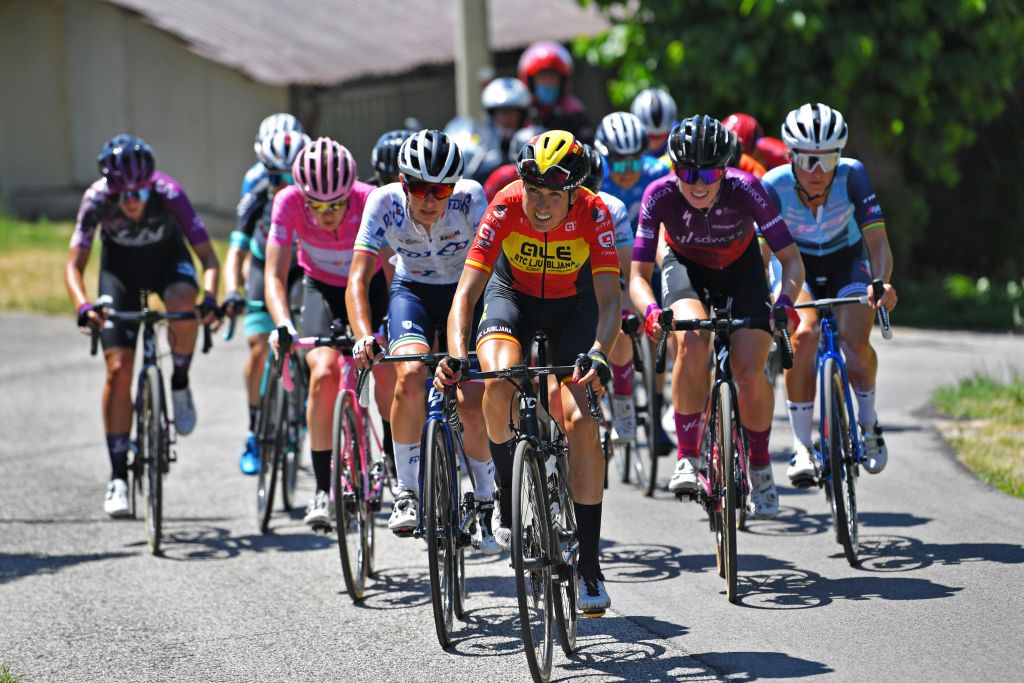 Organisers of the Giro d’Italia Donne, PMG Sport, have failed to live up to their promises of live television coverage of all 10 stages, held from July 2-11.

A pledge of a live broadcast has been met with spotty coverage of just the final 15km of each stage, at best, while there was no live coverage of the decisive queen stage 9 to the summit Monte Matajur on Saturday.

The queen stage of the Giro d’Italia Donne to the first category Monte Matajur climb was an explosive race. Ashleigh Moolman Pasio (SD Worx) and Elisa Longo Borghini (Trek-Segafredo) got themselves into their second two-up breakaway of this Giro, before Moolman Pasio eventually dropped the Italian, taking the victory.

Fans, however, were unable to witness any of the race as PMG failed to provide live coverage of the stage from Feletto-Umberto to Monte Matajur.

The live coverage of this year’s Giro Donne has been sporadic. The new organisers, PMG Sport, had been clear about their intentions for the race to return to the Women’s WorldTour for 2022, including fulfilling the requirement for at least 45 minutes of live coverage.

Just before the race started, however, it was announced that only the final 15 kilometres of each stage would be broadcast live.

In the run up to the race, PMG founder and Giro d’Italia Donne General Director, Roberto Ruini, stated: “When in February of this year we chose to take on this three-year project, shared with FCI, our mission was exactly to bring the Giro back into the Women’s World Tour. After this choice by UCI, we will always continue to give our best, both in terms of organization and production and of media distribution.”

As the race got underway, however, fans were left confused as each stage yielded a different amount of live coverage.

It appeared that the organisers were having trouble accessing 4G signals in the mountains as the broadcast for stage 2’s summit finish on Prato Nevoso showed only a static finish line camera and intermittent images from 6km of the race.

For Friday’s flatter stage 8, however, the live broadcast began one hour ahead of schedule, with 30km of the race streamed live with no prior warning from the organisers.

After a series of flat and rolling stages with opportunities for the sprinters and punchier riders, the queen stage 9 provided a final opportunity for a GC shake up and promised fireworks.

In a press release published in June, the UCI stipulated that the race’s return to UCI Women’s WorldTour status was contingent on “the 2021 edition meeting the specifications for the series”, which includes at least 45 minutes of live coverage among other minimum standards.

According to PMG Sport, the UCI approved the event’s offering of live television of just the last 15km of each stage, which fit into a broader 60-minute programme that included post-race ceremonies, interviews and analysis. The event has already been added to next year’s Women’s WorldTour calendar and is set to take place from July 1-10 in 2022.

SOURCE: CyclingNews   (go to source)
AUTHOR: Amy Jones
All copyrights for this article, including images, are reserved to the original source and/or creator(s).