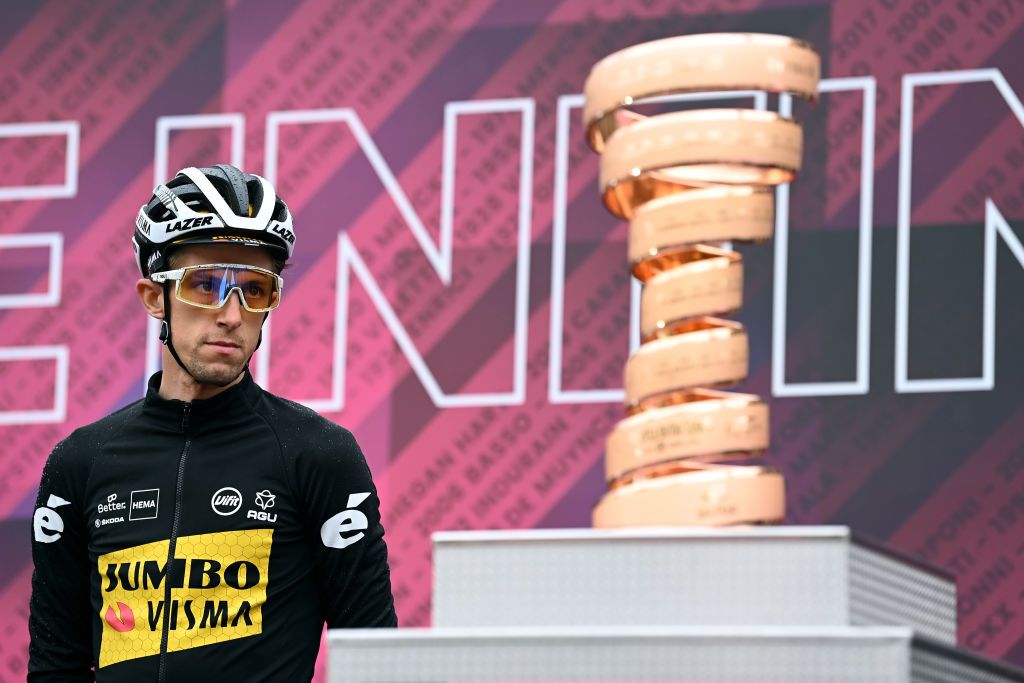 The second general classification-focussed stage of the Giro d’Italia’s opening week has once again seen a shakeup at the top of the standings, with a new man in the maglia rosa and more separation among the big favourites.

Stage 6 saw the climb of San Giacomo above Ascoli, where Gino Mäder took the stage win from the break the day after his Bahrain Victorious team leader left the race with broken ribs and collarbone. Twenty-one seconds later, Egan Bernal (Ineos Grenadiers) was the next man to finish after 160 kilometres spent mostly in horrific weather conditions.

The Colombian already looks firmly in the driving seat, once again leading the way among the GC contenders, as he did two days ago in Sestola. Bernal led a four-man group across the line, grabbing six bonus seconds as Dan Martin (Israel Start-Up Nation) took third and a four-second bonus.

Remco Evenepoel, the now-sole leader of Deceuninck-QuickStep, took fourth, while the impressive Giulio Ciccone (Trek-Segafredo) came in two seconds later – he’s the only man to stick with Bernal both in Sestola and San Giacomo.

The result leaves Evenepoel in second overall, 11 seconds down on Groupama-FDJ youngster Attila Valter, who takes over the pink jersey. Bernal lies third at 16 seconds.

Vlasov now lies fourth overall, 24 seconds down on Valter and eight down on Bernal, while Carthy lies sixth, Yates 10th.

Tobias Foss (Jumbo-Visma) was in the same group and now takes over team leadership after George Bennett lost another 7:14 after dropping early on the climb.

Trek-Segafredo leadership also looks to have possibly changed hands after Vincenzo Nibali shed 57 seconds to leave him over a minute behind Ciccone and 1:43 down overall.

Elsewhere, Pello Bilbao (Bahrain Victorious) and Jai Hindley (Team DSM) lost time, with the Spaniard finishing 1:18 back and last year’s runner-up now 3:29 down on Valter after losing 2:38 on the stage, while Domenico Pozzovivo (Qhubeka-Assos) gave up all GC hopes, losing over 20 minutes on the stage.