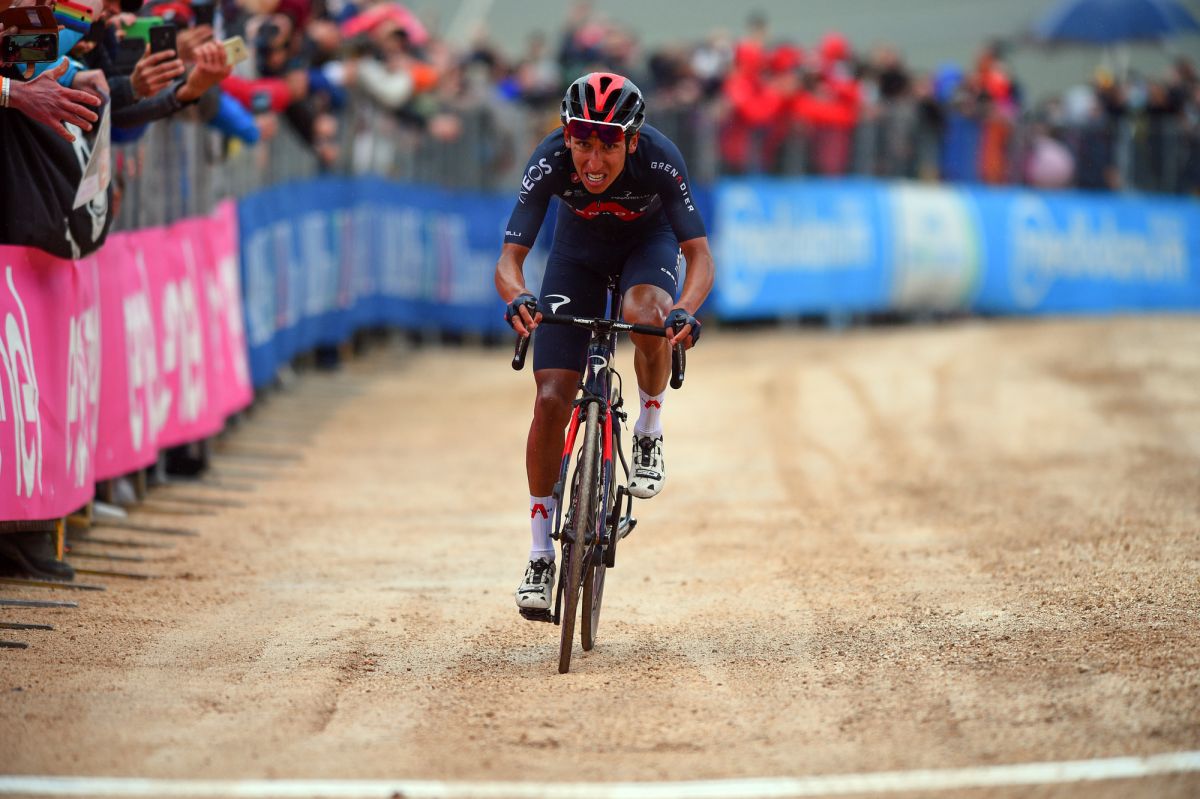 At the end of stage 9 of the Giro d’Italia, the gaps on the gravel atop the Campo Felice were relatively small but stage winner and new maglia rosa Egan Bernal provided a demonstration of both his power and his status as the number-one favourite for the overall win.

The Ineos Grenadiers rider attacked with just over 1km to go after his teammate Gianni Moscon set a furious pace on the opening few hundred meters of the dirt climb. Only Giulio Ciccone (Trek-Segafredo) could immediately follow Bernal’s acceleration, but a second kick freed the 2019 Tour de France winner of his last rival and was enough to ensure that he claimed his first win of the season.

Cicconne would lead home Alexandr Vlasov (Astana-Premier Tech), with the two riders finishing second and third on the stage at seven seconds. With time bonuses factored in, Bernal now leads the race by 15 seconds from Remco Evenepoel (Deceuninck-QuickStep), who appeared to initially struggle on the dirt roads before recovering to cross the line in fourth place.

Bernal’s jump from third to first meant that Attila Valter’s lead in the race came to an end, with the Groupama-FDJ rider struggling even before the remnants of the peloton reached the final climb to the line. The Hungarian would eventually finish 25th on the stage and drop to fifth overall, 43 seconds off Bernal.

The slight cracks in Evenepoel’s armour saw his position switch from a five-second advantage over Bernal to a 15-second deficit, but the terrain certainly suited the nature of the Colombian’s style of racing.

Once more, Vlasov and Ciccone impressed and the Italian moved up three places to 4th overall at 36 seconds, while Vlasov occupies third, 21 seconds from Bernal’s lead.

Evenepoel will have been relieved to have come through the stage and, despite missing out on the maglia rosa, still remains in second place.