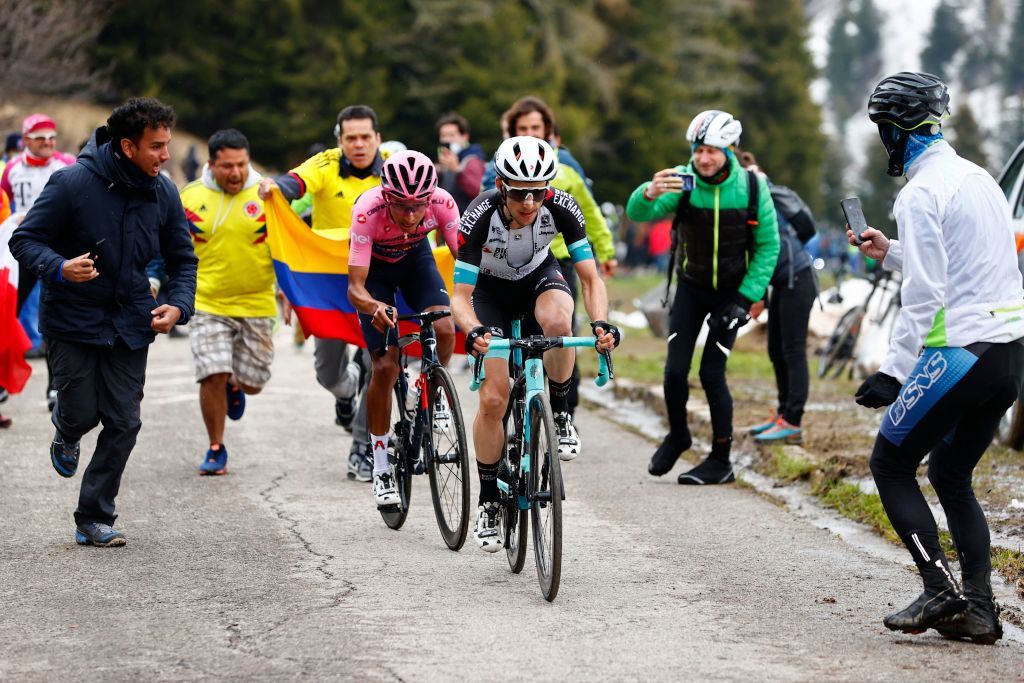 After 18 years away, the Giro d’Italia revisited the Sutrio ascent of the Monte Zoncolan, bringing the first high-mountain finish of the 2021 Giro d’Italia on the brutal double-digit gradients of the Friulian climb.

While the stage winner – debutant Lorenzo Fortunato of wildcard debutants Eolo-Kometa – was a surprise, it was less of a shock to see the maglia rosa Egan Bernal (Ineos Grenadiers) come out on top of the general classification contenders yet again.

The Colombian jumped away from Simon Yates (Team BikeExchange) in the final kilometre to add to his advantage after the Briton had split what was left of the peloton with an attack in the closing two kilometres on the steepest section of the climb.

Bernal now leads Yates by 1:33 in the GC, having put 11 seconds into him on the run to the line. Damiano Caruso (Bahrain Victorious) keeps third place after finishing alongside Dani Martínez (Ineos Grenadiers) and Giulio Ciccone (Trek-Segafredo), 39 seconds down on Bernal. The Italian lies 1:51 off the race lead.

The big loser on the day, though, were Aleksandr Vlasov (Astana-Premier Tech), who finished in 16th, 1:12 down on Bernal after his team had worked for the bulk of the stage. He drops from second to fourth overall, 1:57 behind Bernal.

Remco Evenepoel (Deceuninck-QuickStep) also suffered another big blow, shedding more time at the finish after finding himself among the first GC contenders to drop. The Belgian finished in 19th, 1:30 behind Bernal, and now lies eighth overall, 3:52 down.