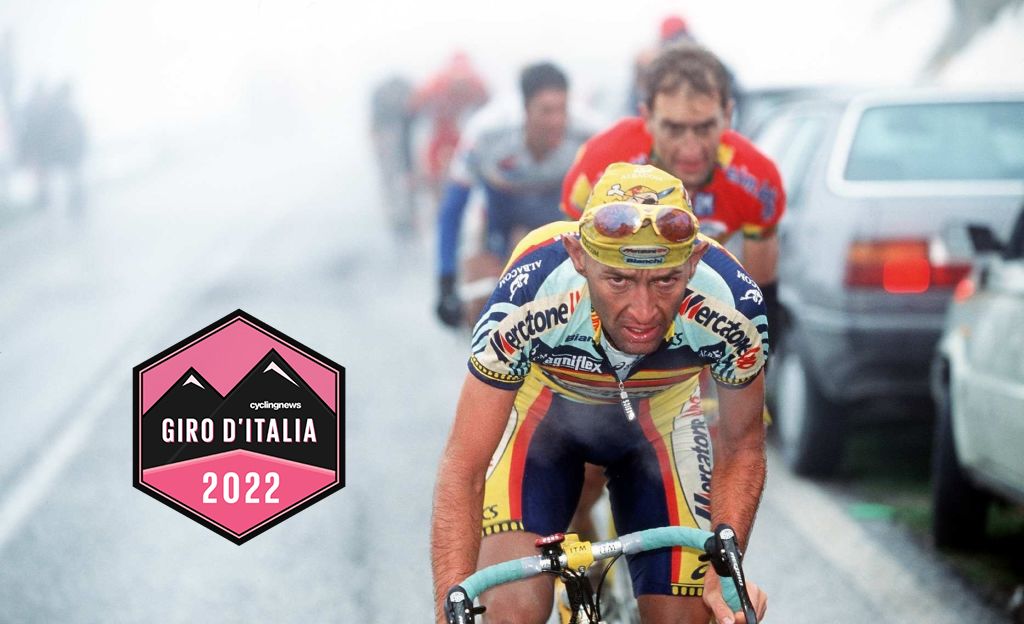 The Giro d’Italia’s return to the Valico di Santa Cristina on stage 16 on Tuesday conjures up ambiguous feelings. The holy sites of the cult of Marco Pantani tend to have that effect. It is impossible to think of the young Pantani dancing clear of Miguel Indurain in 1994 without reflecting on his senselessly premature death from a cocaine overdose a decade later.

The two events bookended ten years of a young life lived intensely and squandered tragically. Memories of Pantani’s elegance on a bike collide with revulsion at the ugliness of his downfall. Nostalgia for his exploits is tempered by derision for an era awash with EPO, when doping wasn’t only tolerated, but encouraged.

In the aftermath of Pantani’s death in 2004, RCS Sport decided to mark his passing each year by designating a climb with links to his career as the ‘Montagna Pantani’, just as the Giro d’Italia remembers Fausto Coppi by labelling the race’s highest mountain pass as the Cima Coppi.

That initial gesture of remembrance was well intentioned, but as time has gone by, RCS Sport’s marketing team seems to have altered its original meaning. Nowadays, the Montagna Pantani appears to overlook the tragic death of the man altogether in favour of a blithe celebration of the myth.

Take, for instance, the short essay about the Santa Cristina on the Giro d’Italia website, where the ascent is tied firmly to RCS Sport’s preferred image of Pantani, as the young and carefree climbing genius. This year, the Santa Cristina has, unsurprisingly, been designated as the sacred mountain. As in 1994, it is preceded by the Mortirolo, albeit this time from the gentler, Edolo approach.

“One just cannot speak of the Passo (or Valico) di Santa Cristina without also mentioning that stage, the Merano-Aprica of 1994,” trills the breathless text, which goes on to liken Pantani to an airplane and Indurain to a tank.

“Early on the Santa Caterina ascent [sic], the airplane and the tank were still riding side by side, against the laws of physics and against all logic, as if in some kind of spell (you know, cycling can work magic sometimes).

“As it always happens, however, spells don’t last long, and reality kicked in powerfully after a few kilometres. Pantani moved up to Indurain, kicked clear and never turned back. The airplane had taken flight, quickly and lightly, and the tank had to surrender.”

By contrast, the Giro website rather overlooks the race’s last visit to the Valico di Santa Cristina in 1999, limiting itself to noting that Roberto Heras was the first rider to the top. It doesn’t mention that Pantani rode that Giro too. Nor does it point out that his tifosi were on the roadside that afternoon, not to cheer him on but to protest his expulsion.

By the time Heras, Ivan Gotti and Gilberto Simoni crested the summit of the Santa Cristina at the head of the race, Pantani was already on his way home to Cesenatico after recording a haematocrit level of 52% in a blood test that morning at the Hotel Touring atop Madonna di Campiglio. He had won four stages on that year’s Giro and, a day from the finish in Milan, a second overall victory was inevitable.

Pantani’s ascent as a rider came in staccato bursts, his rise punctuated by injury and outrageous ill fortune. Episodes like the crash at Superga and the black cat at Cava de’ Tirreni only added to his mystique as he ascended to the top.

His fall, by contrast, was precipitous. On June 4, 1999, Pantani went to sleep atop Olympus and awoke the next morning in Hades. His posthumous existence would continue, flickering ever more faintly, until his death in Residence Le Rose on February 14, 2004.

A glance at the list of climbs anointed as the Montagna Pantani since 2004 shows that almost all have been picked from his ascent as a rider. Aside from the Col d’Izoard, a climb where Pantani all too briefly seemed to be himself again in 2000, the chosen passes all predate The Fall. Pantani rode the Giro four more times after Madonna di Campiglio, but it is as though those sorry spectacles have been excised from the marketing team’s version of history.

And yet when the illusion of Pantani the bike rider was dispelled in 1999, we still found ourselves cheering for Pantani the man. In the real world, the stakes were much higher. Where once we had willed him to drop Indurain or Pavel Tonkov or Jan Ullrich, now we hoped only that he might escape the demons tearing his life apart. He never did.

That is why RCS Sport’s current framing of the Montagna Pantani misses the point. The human being, in all his imperfection, was always more compelling than some sanitised version of his legend.

It is only right that the Giro remembers Pantani and tries to offer comfort to his still grieving family. But to forget the circumstances of his demise and to ignore the part the culture of professional cycling played in his tragedy is to do his memory a disservice.

Pantani’s life and death should be remembered fully and honestly. The annual passage over the Montagna Pantani ought to be a moment of reflection rather than of celebration.