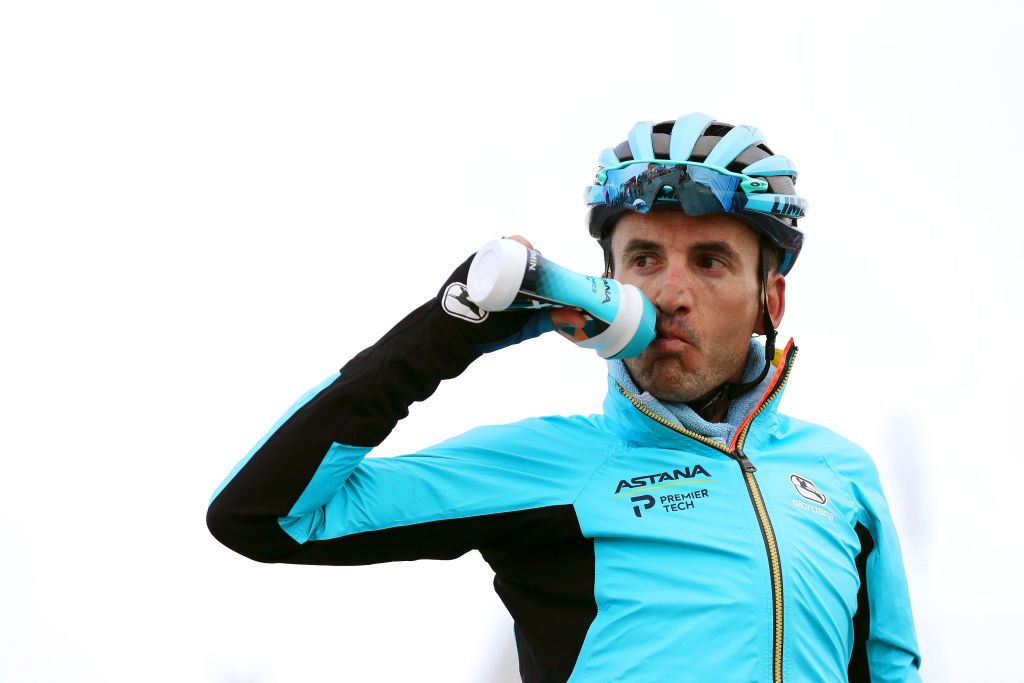 Gorka Izagirre won the UCI C2-ranked cyclo-cross event, the Abadiño Udala Saria, in Spain on Sunday, but it was no fast, dry roadie course. The Basque rider endured heavy rains and a course churned into thick mud to claim the victory by 42 seconds on his nearest competitor, 20-year-old Gonzalo Inguanzo. Mario Junquera (Unicaja Banco-Gijon) was third, while Caja Rural-Seguros RGA rider Jonathan Lastra was fourth.

Izagirre, who will move to the Movistar Team in 2022, crossed the line with his arms aloft and his turquoise Astana kit completely obscured by mud after taking the lead on the second of six laps in the hour-long race.

It’s not the first UCI cyclo-cross win for the 34-year-old, however. Having raced ‘cross as a junior and U23, Izagirre turned his focus to the road but continued to dabble in the discipline in the off-season.

In 2019, he suffered a bad crash in a ‘cross race in Ormaiztegi when he slid on a bridge and fell face-first into a stone wall and needed four stitches in his eyebrow.

Izagirre went on to win the last edition of the Abadiño Udala Saria later in 2019 – the race was cancelled in 2020 because of the COVID-19 pandemic. He was also third at the 2020 Spanish cyclo-cross championships behind ‘cross pros Felipe Orts and Kevin Suarez.

The win was Izagirre’s first since he soloed to the top spot in the Gran Trittico Lombardo in 2020.

The winner of a Giro d’Italia stage in 2017, the 34-year-old will head back to the Spanish team and support Movistar’s Grand Tour contender Enric Mas.