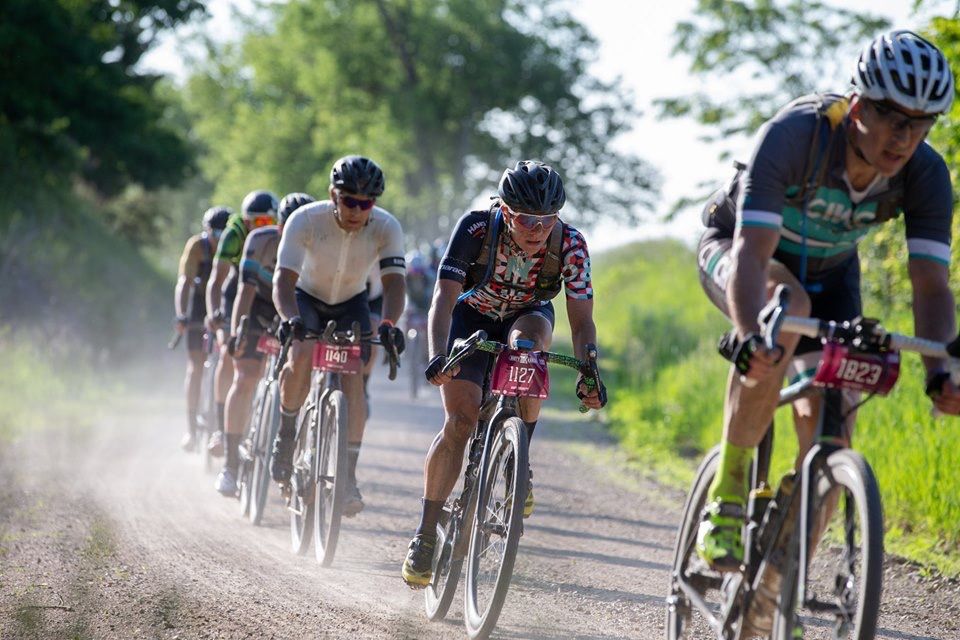 It’s been only three weeks since the brutal slaying of gravel racer Moriah ‘Mo’ Wilson, who was shot to death in Austin, Texas on May 11, and the gravel community is still grieving ahead of this weekend’s marquee event, Unbound Gravel. Amy Charity, a racer and organiser of SBT GRVL, who will be competing in the half-distance Unbound 100, says Wilson’s death has had a profound impact on the gravel community.

Charity was one of the racers who were in the Austin area for Gravel Locos, a 150-mile event in which Wilson was expected to compete, and said riders are still reeling.

Authorities are still searching for Kaitlin Armstrong, who is wanted on first-degree murder charges. She was the partner of notable gravel racer Colin Strickland, who was also the last person to see Wilson alive, having taken her for an early evening swim and dinner. Strickland, who is not a suspect in the murder, has gone into hiding.

“It’s certainly impacting the tone of the events. [Wilson] was the name that was spoken the most when you mentioned gravel – to take someone that had such strong potential and such a bright future in our world of gravel cycling, it is all is so layered with tragedy and violence,” Charity said.

At Gravel Locos, just days after Wilson was shot to death, riders rolled out together and only ‘raced’ to beat the heat of a sweltering afternoon. There is likely to be more actual racing at Unbound Gravel in Kansas, but riders are still coping with the loss.

Ian Boswell, the defending men’s champion in Unbound 200, is leading a sunrise ride in Wilson’s honour on Friday morning in Emporia, and Charity says the tributes will continue. “Doing this type of thing will help honour her the best way that everybody can.”

The incident has not slowed the growth of interest in gravel, with many events getting more requests than there is space for and having to have lotteries for entrants. The trend is an intentional effort from organisers like Charity, Michael Marckx of the Belgian Waffle Ride, Rebecca Rusch (Rebecca’s Private Idaho), and other groups like Unbound organisers Life Time.

“We all want to see the sport of cycling grow, and we think gravel is the way forward with that. It’s working to get people to find a fun, safe environment with gravel and it’s showing in the numbers and it’s all really positive,” Charity said.

Another trend Charity sees is a slight shift away from the ultra-endurance distances to hard but shorter challenges. After three Unbound 200s, Charity is racing the 100-mile course for the first time and is part of that trend.

“We’re watching the SBT numbers and more people are doing the blue course, which is the equivalent of the 100 – 100 miles versus our 140 mile. I haven’t seen the actual Unbound numbers, but I’m hearing that more people are doing 100. [1,520 registered for 100 vs 1484 in the 200 as of May 31 – ed] Maybe people are thinking that’s plenty. Or maybe they don’t have time to train. There are probably a lot of reasons for the trend.”

A hundred miles on gravel, especially the chunky, puncture-inducing flint of Unbound, is more than enough of a challenge for Charity this year.

The 200-mile route, which takes the fastest men over 10 hours to complete and 12 hours for women, pushes riders to a different place, mentally.

“I think that is the compelling reason to do the 200 – you just get to this absolute different level, mentally and euphorically at some point. And I don’t think you get there in the 100. I think it’s sort of a different type of rush. The 100 arguably, you ride faster, because you’re doing half the distance. It’s still outrageously difficult,” she said.

“However, you’re not at that point where maybe you can’t eat again, or you can’t drink or you forget where you get to some of those interesting mental states in the 200. And at least in my experience in doing 100-mile races, I have not reached that same level that I have in Unbound 200.”

For riders doing the half-distance event, most of Charity’s ’10 things to know before racing Unbound’ still apply. “Most of the attention is on the 200-mile race, but I do think that will change. There are still some really strong women and men who are doing the 100. And my expectation is that it will go out incredibly fast. Especially because it’s a shorter distance. And although it’s a very long day, it’s it is shorter than the 200,” she says, and everyone will want to be at the front for the technical sections.

Even at 100 miles, riders still need to be prepared with big tyres, ample support and food for fuel. There is only one water stop on the half-distance course aside from the official checkpoint, but it’s one feature she looks forward to, calling them ‘a moment of joy amid the suffering’.

“They are just complete game-changers in the race. They’ve often had cold towels, cold water, there’s a bit of shade, and they’ve timed them well, at the point in the race where you really need it.”

The gravel races are a small oasis in the waning days of the COVID-19 pandemic and Charity says that the gathering of so many like-minded people who are passionate about gravel racing is driving its popularity.

“We are seeing that people want to be together they’re excited to get out. Some of that is related to the pandemic and having been away from people and isolated for a long period of time. Even if they’re not thinking about the results or getting first place, they want to be around other people.”

That also extends to the grieving friends and fellow racers who want to remember Wilson.

“She was such an outstanding woman in the way that she came on to this gravel scene and just her whole demeanour – I didn’t know her well at all but I know the presence she had and her positive energy.

“And so I think there’s a lot that we can all learn and take from the kind of leadership and example that she led with her spirit and charisma and just her ability to work so hard and become this rising star in gravel.”